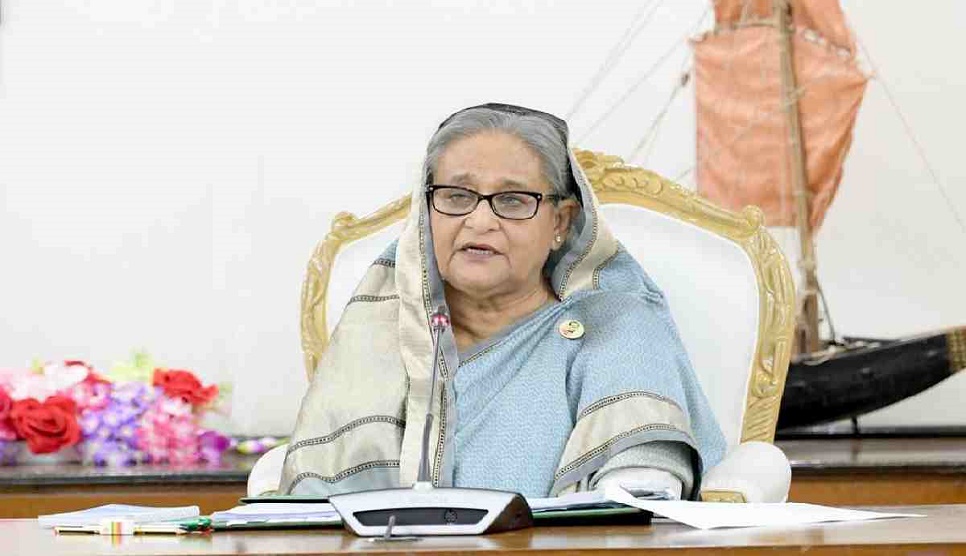 Prime Minister and Awami League (AL) President Sheikh Hasina said her party never thinks what it gets by working for people rather it considers what they could do for people's welfare.

"We made a huge change to Bangladesh and its people's fates in the last 14 years as we always think what we could do for the people," she said while opening the newly constructed Banshkhali Upazila Awami League headquarters in Chattogram.

The prime minister inaugurated the AL office at a function from her official Ganabhaban residence in the capital through a video conference.

At the function, she also opened 45 more community vision centres at Upazila Health Complexes in 13 districts across the country, raising its number to 135, bringing one third grassroots people under modern eye treatment free of cost.

After inaugurating the AL office, she said it will help spread policy and ideology of her party to the grassroots.

The prime minister described the AL as a pro-people party, saying, "Awami League will always stand beside the people."

She said her government has reduced the poverty and ensured all sorts of services that included healthcare for the people in the last 14 years due to their tireless works.

The prime minister thanked the countrymen and the people for voting her party to power, saying, "We want to ensure all types of services for the people."