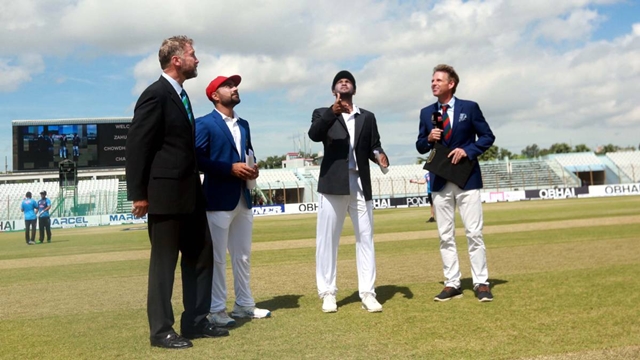 Afghanistan stretched their lead to 397 runs in Chattogram Test on Sunday and set a challenging target of 398 for the Tigers to chase down.

The touring side had a first innings lead of 137 runs. They were all-out for 260 in their second innings.

The play of day four was delayed due to rain in the morning and the match started at 11:50am, two and a half hours behind schedule.

Afghanistan resumed their overnight score of 237 for eight and added 23 runs before losing the last two wickets.

In the first innings of the match, Afghanistan scored 342 after winning the toss with Rahmat Shah hitting the maiden Test ton for them and Asghar Afghan scoring 92.

In reply, Bangladesh tumbled for 205 in their first innings. Mominul Haque hit a fifty but the other batsmen did not perform well.