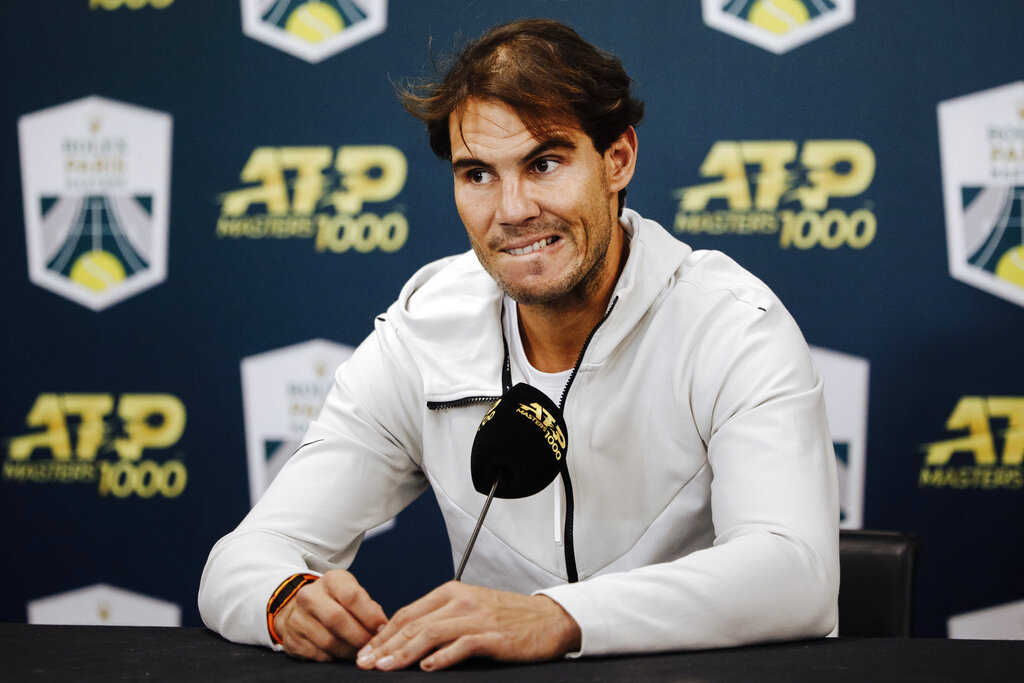 Rafael Nadal is back at the top of the ATP rankings, regaining the No. 1 spot for the first time since November 2018.

The 33-year-old Spaniard has become the second-oldest No. 1 player. Roger Federer led the rankings at the age of 36 last year.

Nadal has been No. 1 for 197 weeks through eight different stints at the top. Federer leads the all-time list with 310 weeks.

Federer stayed third in the rankings, behind Novak Djokovic and ahead of Daniil Medvedev.

Nadal has a 51-6 record and has won four titles this season, including the French Open and the U.S. Open. He also reached the Australian Open final.

He is looking to seal the year-end top ranking for the fifth time.