PM seeks India’s help for dev of cricket as it's popular game: PM 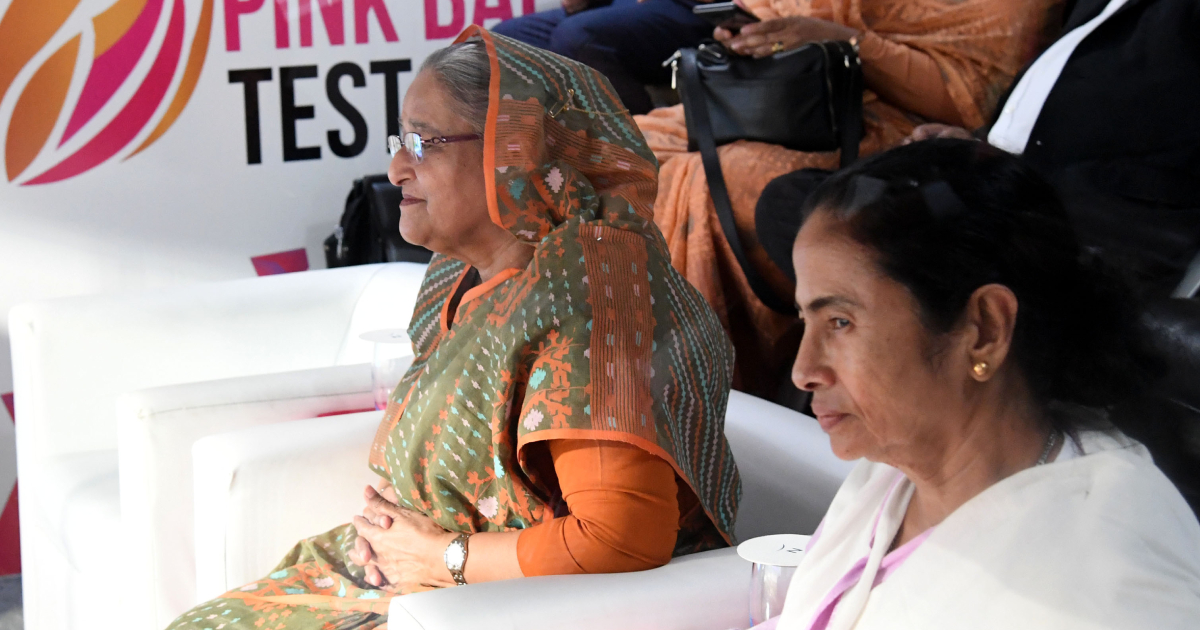 Prime Minister Sheikh Hasina on Friday said Bangladesh is working for the development of cricket as it is the most popular game in the country and sought India’s help in this regard.

“Now, cricket is the most popular game in Bangladesh as it’s in India. We’ve put in much efforts to improve the game. Hope, India would continue to help Bangladesh develop its cricket,” she said while addressing a cultural programme at Eden Gardens in Kolkata.

The Cricket Association of Bengal arranged the programme at the Eden Garden on completion of the first day of the historic day-night test match there.

She recalled the first test match of Bangladesh against India at Bangabandhu National Stadium in Dhaka in 2000 when the present president of Board of Control for Cricket in India (BCCI) Shourav Ganguly was the Captain of the Indian team.

“Today is a memorable day for the cricket fans in both Bangladesh and India. Many of team members of the first test match between India and Bangladesh are present here today. I extend my greetings to them. I’m sure we’ll have many more similar and happy occasions in the days ahead,” the PM said.

Hasina said Bangladesh and India share identical history, culture, language, sports and other unique commonalities, and recalled the enormous contributions of Indian government and its people, especially the people of West Bengal, to the Liberation War of Bangladesh in 1971.

“We fought a war against an unjust military ruler at the clarion call of our Father of the Nation Bangabandhu Sheikh Mujibur Rahman. At that time, a number of critical activities was mobilised and carried out from West Bengal, particularly from Kolkata with the support of the people of India,” she said.

“We’ve very special relationship with India. The relationship is the friendliest one. The friendship of Bangladesh and India is in our hearts. The bonds of friendship will remain firm and long-lasting,” she quoted Bangabandhu as saying in a dinner party during his first visit to Kolkata after the Liberation War.

“This is still the guiding principle of Bangladesh-India relations. Today, our relationship has become a role model of good neighborliness for the rest of the world,” Hasina added.

She said Bangladesh Bhavan at Santiniketan is yet another milestone of the growing cultural ties of the relationship of Bangladesh and India. Last year, she along with her Indian counterpart Narendra Modi and Chief Minister of West Bengal Mamata Banerjee inaugurated it, Hasina mentioned.

The people of Bangladesh and West Bengal share food habits, poets, novelists and artists, the Prime Minister pointed out.

She said the overwhelming influence of Nobel Laureate Rabindranath Tagore and Rebel poet Kazi Nazrul Islam on the lives of the two peoples is unique. “Cricket is another binding force between the people of our two countries,” the PM said.