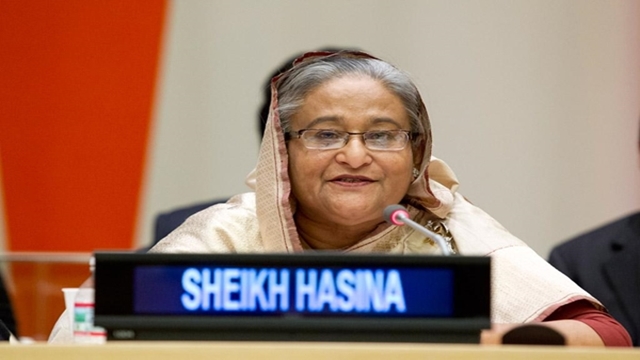 Prime Minister Sheikh Hasina has featured on the list of TIME magazine’s 100 world’s most influential people for 2018.

The list published on Thursday by the New York-based weekly.

She has been put on the list due to her humanitarian role towards thr Rohinguya people.

In the article on Sheikh Hasina, Meenakshi Ganguly, South Asia director for Human Rights Watch, said, “I first met Sheikh Hasina in the 1990s, when she was fiercely campaigning to end military rule in Bangladesh. Our last meeting was in 2008, when she was campaigning against another military regime. The following year she became PM after a landslide election victory.”

Bearing the legacy of her father, who led Bangladesh’s Liberation War, Hasina has never been afraid of a fight, she wrote.

Hasina ranked 9th on Forbes’ another list of the ‘World’s 22 Most Powerful Women in Politics’.