Bangabandhu-I on its way to orbit 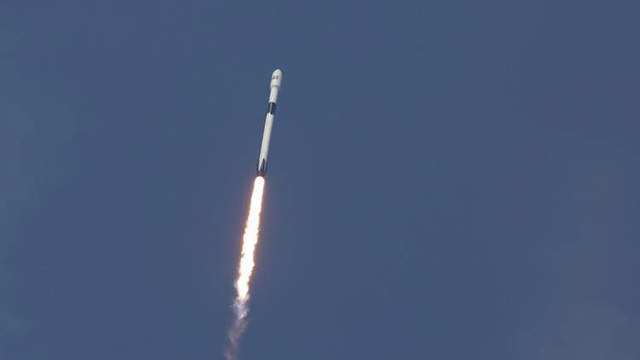 The nation's dream satellite, Bangabandhu-I, is now on its way to orbit after its perfect and successful launching in the early hours of Sunday, making Bangladesh's debut in the global space society.

The historic event took place at 2:14 am Bangladesh time on Saturday when the country's first geostationary communication satellite started its voyage towards orbit from the Kennedy Space Centre in Florida, the USA.

Falcon 9, the finest rocket of American firm SpaceX, started carrying the satellite to the orbit from the Cape Canaveral launching pad at 4:14 pm US local time.

A Bangladesh delegation, led by Prime Minister's ICT Affairs Adviser Sajeeb Wazed Joy, witnessed the launching of the satellite, which was visible for around seven minutes in the Florida's clear sky.

Thousands of people across the world witnessed the launching, which was telecasted by different television channels and was webcasted by the SpaceX.

While the satellite started its journey to the space, people of all ages across the country were awake and many of them started singing with joy and pride the national anthem - 'Amaar Sonar Bangla, Ami Tomay Valobashi'.

The iconic slogan - "Joy Bangla, Joy Bangabandhu" was also chanted at places across the country while Bangabandhu-I was rocketing the country's flag and national logo to the space. People expressed their joy and gratitude to the Prime Minister Sheikh Hasina for setting another example of great success that made Bangladesh proud on the global stage.

Students and teachers of Dhaka University (DU) enjoyed launching of Bangabandhu-1 on two big projection screens installed by the university authorities on the campus and celebrated the historical moment amid festivity and fanfare.

"Bangladesh started a glorious chapter in the history with the launching of Bangabandhu-1 satellite as it has become a proud member of the satellite club from today," the President said in a message.

Prime Minister Sheikh Hasina greeted the countrymen for successful launching of Bangladesh's first communication satellite into space, saying that it added a new milestone to the path of continued advancement of the country.

"Bangladesh entered the space era, with this perfect and successful launching (of the satellite). Bangabandhu-I is our first own satellite, which is now on its way to orbit. Joy Bangla! Joy Bangabandhu!" said Prime Minister's ICT Affairs Adviser Sajeeb Wazed Joy in a Facebook status, who was leading a Bangladeshi delegation to Florida to witness the satellite launching. 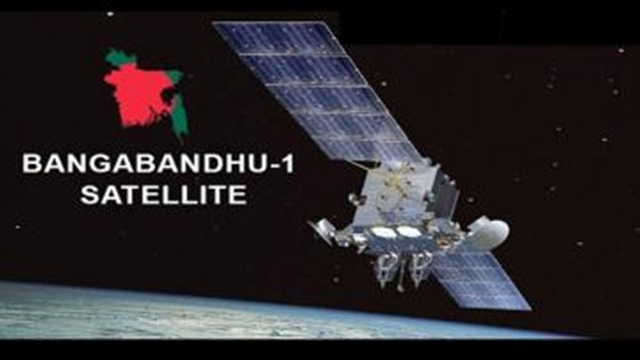 "On this day I would like to remember Father of the Nation Bangabandhu Sheikh Mujibur Rahman who initiated the task of entering the space age by setting up the country's first ever satellite earth station in 1974," said State Minister for ICT Division Zunaid Ahmed Palak, who also witnessed the momentous event from Florida.

He also confirmed that the two ground stations in Gazipur and Betbunia have successfully received initial test signals of the Bangabandhu-1 after its launching.

He said launching of the satellite is an instance of technology-led transformation of Bangladesh under the leadership of Prime Minister Sheikh Hasina and her ICT Affairs Adviser Sajeeb Wazed Joy.

The first launching attempt of Bangabandhu-I satellite, however, was postponed in the early hours of Friday due to 'standard ground system auto abort'; and the SpaceX made successful launching on Saturday.

With sending the Bangabandhu-I to the orbit, Bangladesh has become the 57th country to launch a geostationary communication satellite.

The launching has two phases. The first is the Launch and Early Orbit Phase (LEOP), and the second phase is Satellite in Orbit. The LEOP phase will take 10 days while the second will take 20 days.

Dr Mahmood said after completing and traveling several processes, few more days will be required to tame the satellite at its Gazipur's Joydebpur and Rangamati's Betbunia ground stations.

SpaceX had previously planned to launch the satellite using Falcon-9 rockets on December 16, 2017, but the launch was postponed due to damage from Hurricane Irma.

The government took the Bangabandhu-I project in May 2015 and assigned the Thales Alenia by signing a $248- million deal in November same year.

Thales Alenia completed the manufacturing works of the satellite few months ago and kept it in a warehouse in Cannes of France. Later, on March 29, the satellite was shifted to Florida.

Two ground stations for controlling the satellite have already been built at Joydebpur of Gazipur and Rangamati's Betbunia. The satellite has 15 years for mission life span while another three years for its design.

Bangabandhu-1 Satellite is to establish Bangladesh's own stake on the space opening up enormous opportunities providing three types of advantages involving fields of field of information and communication technology (ICT) and broadcasting industry alongside brightening Bangladesh image.

Experts and officials said the country's first geostationary communication satellite will firstly help expansion of internet and telecommunication services in remote and rugged areas which still remained beyond the coverage.

It will also save foreign currency expenditure while the local TV channels huge viewership particularly in the Middle East countries are expected to be its main commercial user. On the other hand, the country can earn foreign currency by renting the Bangabandhu-1 transponders to other countries.