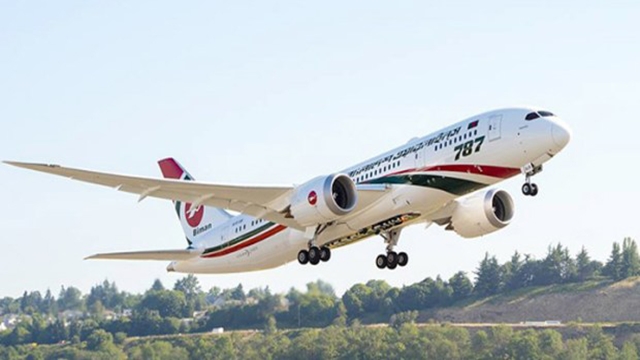 The first-ever Dreamliner of Bangladesh Biman is set to formally open its wing in the sky as Prime Minister Sheikh Hasina will launch it from Hazrat Shahjalal International Airport on Wednesday aimed at making the national flag carrier more vibrant.

After adding the Dreamliner, Biman officials say, the national flag carrier has 15 aircraft in its fleet, which would enable Biman to enter a new era of modern aviation, BSS reports.

The aircraft will initially be used to operate flights from Dhaka to Singapore and Kuala Lumpur in its first month, after which it will be considered for flights to New York and Canada.

It will provide its passengers with WiFi facilities at an altitude of 43,000 feet, allowing passengers to browse internet or connect with their friends and family at any end of the world.

The 271-seat Boeing 787-8 has been designed to be 20 percent fuel efficient than the other aircrafts.

In 2008, Biman Bangladesh Airlines signed a US$ 2.1 billion agreement with Boeing to purchase 10 new aircrafts, of which Sunday’s Dreamliner was the seventh.

The remaining three are slated to join Biman’s fleet by November this year and two more by September in 2019 respectively.