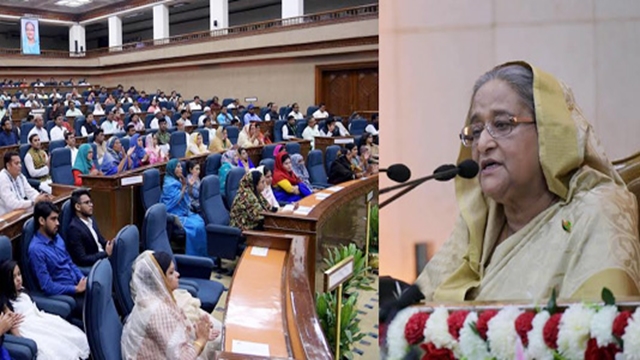 “People could cast their vote freely in the city corporation elections in favour of their candidates belong from both the ruling and opposition political parties,” she said.

“People of every area have acquired the right of casting their votes freely, electing their favourite candidates,” she added.

The prime minister said this at the oath taking ceremony of newly elected Rajshahi and Sylhet city corporation mayors and councillors at her office here today. 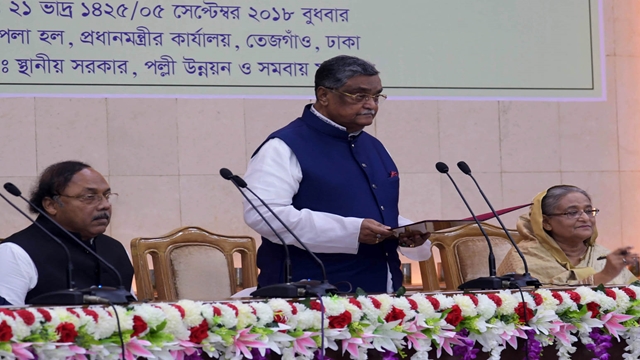 “You are seeing the change of the country due to continuation of the government since 2009,” she said adding that the global community acknowledged Bangladesh as a role model of development.

Pointing out her struggle for strengthening democracy, the prime minister said her government has ensured the voting rights of the people so that they can exercise their franchise independently.

Laying importance on a sustainable democratic system in the country, the prime minister said a country can prosper under democratic rule. Over the last 10 years Bangladesh could achieved a tremendous success in every sector due to uninterrupted democracy, she said.

Sheikh Hasina said her party came to power in 2009 with a commitment of change. “Today, you truly feel the change and people are being freed from poverty,” she said highlighting the socioeconomic development plan of her government.

Sheikh Hasina said Bangladesh Delta Plan-2100 has been prepared envisaging the next hundred years’ development plan. Bangladesh is now a developing country and we have to make it sustainable to go ahead, she said.

Disclosing her government’s plan to establish a medical university in Sylhet, the prime minister said her government never allocated budget for local bodies on political considerations. 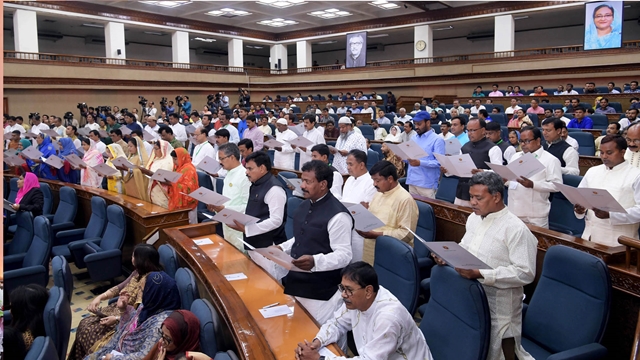 “We have given huge allocation for development of the Rajshahi and Sylhet city corporations in the past and the government never considered the political affiliation of mayors, but welfare of the people.

“Democracy is for establishing voting rights of the people, which is one of their constitutional rights also. We are fully committed to safeguarding the right and it will certainly remain in their hand,” the prime minister said.

The prime minister assured the mayors and councillors of giving all possible support from her government. However, the government would not tolerate any irregularities and corruption as well as instigation to militancy, terrorism and unsocial activities.

“We want to build Bangladesh as a developed country to make it a prosperous and peaceful country in South Asia…. And it’s my ideology and goal,” the prime minister said.