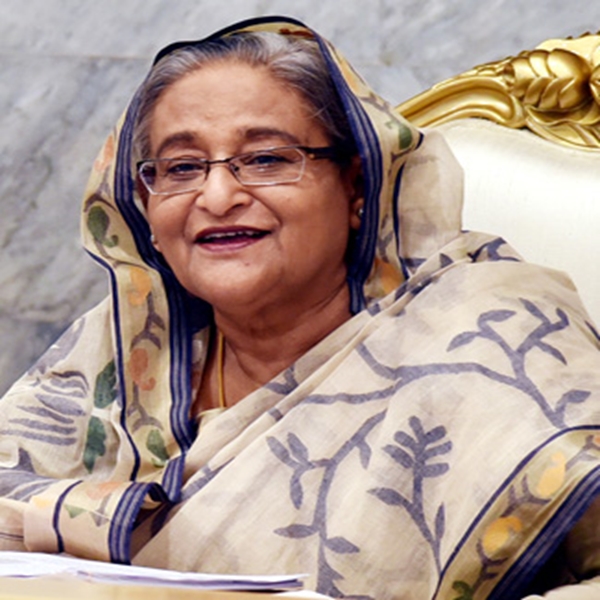 Prime Minister Sheikh Hasina will leave here for London on Friday en route to New York on a six-day official visit to the United States to attend the 73rd Session of the United Nations General Assembly (UNGA).

The prime minister will address the 73rd Session of the UN General Assembly at the UN Headquarters in the evening of September 27 and have a meeting with UN Secretary General Antonio Guterres the same day, Prime Minister’s Office sources said here today.

On the sidelines of the UNGA, she will also hold bilateral meetings with a number of world leaders including Estonian President Kersti Kaljulaid and Dutch Prime Minister Mark Rutte.

The Bangladesh premier will attend a Welcome Reception to be hosted by US President Donald J Trump, while US Secretary of State Mike Pompeo is expected to call on Sheikh Hasina.

The flight is scheduled to arrive at Heathrow Airport in London at 3:55 pm local time the same day.

Bangladesh High Commissioner to the UK Nazmul Qaunine will receive the premier at the airport.

After making a two-day stopover in the British capital, the prime minister will leave London for New York on Sunday morning by a British Airways flight.

After the reception at the airport, a ceremonial motorcade will escort the prime minister to Hotel Grand Hyatt New York, where she will be staying during her visit to the USA.

On the first day of her visit to the USA, the premier will attend a reception to be accorded to her by the Bangladesh community in the United States at Hotel New York Hilton Midtown in the evening.

The premier will begin the second day of het visit by joining the High-level Event on Global Call to Action on World Drug Problem.

The Permanent Mission of the United States to the UN will arrange the event at the UN Headquarters (UNHQ).

The prime minister will take part in a group photo prior to statements by UN Secretary General Antonio Guterres and US President Donald J. Trump.

The premier will later join the High-level Event on the ‘Global Compact on Refugees: A Model for Greater Solidarity and Cooperation’, to be organised by the UN High Commissioner for Refugees at ECOSOC Chamber at the UNHQ.

Sheikh Hasina will hold a meeting with her Dutch counterpart Mark Rutte at the Bilateral Meeting Booth, UNHQ.

The premier will attend a Luncheon Roundtable Meeting to be organised by the US Chamber of Commerce at Hotel Grant Hyatt New York.

In the afternoon, the premier is scheduled to address the Nelson Mandela Peace Summit at the General Assembly Hall.

She will attend the Sustainable Development Impact Summit in New York, to be organized by the World Economic Forum at the Convene Conference Centre in New York.

Sheikh Hasina will attend a Roundtable Discussion on Investment for Education of Women and Girls, convened by the Prime Minister of Canada at the Conference Room 11, UNHQ.

She will join a High-level Event titled Making Impossible Possible: Unlocking Human Potential through the International Finance Facility for Education to be organized by the UN Special Envoy for Global Education at the Conference Room 3, UNHQ.

In the evening, the Bangladesh premier will attend a Welcome Reception to be hosted by US President Donald J Trump at Lotte New York Palace Hotel.

On September 25, Sheikh Hasina will take part in a High-level Side-Event on Cyber Security and International Cooperation, organised by the Permanent Mission of Bangladesh and UN Office on Disarmament Affairs (UNODA) in Conference Room 3, UNHQ.

The premier will attend an Official Luncheon to be hosted by the UN Secretary General at North Delegates Lounge, General Assembly Building.

In the afternoon, she will join the UN Secretary General’s High-level Event on Action for Peacekeeping (A4P) at Trusteeship Council Chamber, UNHQ.

The prime minister will have a meeting with Estonian President Kersti Kaljulaid at the same place.

On September 27, Sheikh Hasina will attend a High-level Side-Event on the Situation of Rohingya Minority in Myanmar, to be organised by the Permanent Mission of Saudi Arabia and the OIC Secretariat at the Conference Room 12, UNHQ.

She will have a meeting with UN Secretary General Antonio Guterres at the Secretary General’s Meeting Room, UNHQ, while President of International Committee of the Red Cross (ICRC) Peter Maurer will call on the premier at the Bilateral Meeting Booth,UNHQ.

US Secretary of State Mike Pompeo is expected to call on the Bangladesh prime minister the same day.

The premier will attend a High Level Discussion on “Economic Growth through Women’s Empowerment” to be hosted by the President of Lithuania at the Conference Room 3, UNHQ and expected to join a reception accorded by the Inter-Press Service (IPS) at UNHQ.

The Bangladesh prime minister will address the 73rd Session of the UN General Assembly at the UNHQ in the evening and join the Annual Dinner of the Global Hope Coalition at Park Avenue, New York.

On September 28, the premier will address a press briefing at Bangladesh Permanent Mission in New York.

In the afternoon, she will leave John F Kennedy International Airport, New York for home by an Etihad Airways flight and reach Dhaka on the night of September 29 via Abu Dhabi.