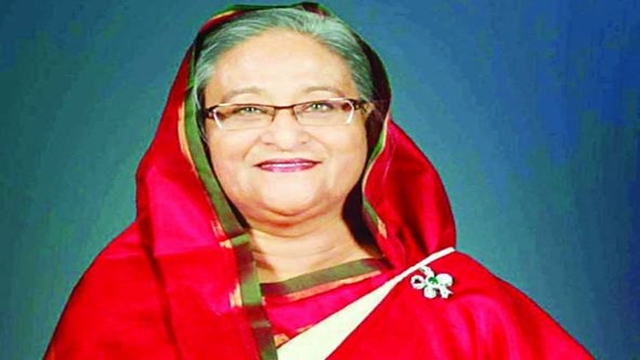 Heads of state and international agencies have expressed optimism that Bangladesh Prime Minister Sheikh Hasina will form the government again through winning the next general elections as the premier held separate meetings with them here on Wednesday.

“In general all of them expressed the hope that the continuity of the
present government will go on and Prime Minister Sheikh Hasina will remain in
Bangladesh’s leadership,” Foreign Secretary Md Shahidul Haque said this while
briefing reporters after the meetings.

Besides, she also addressed the High-level Informal Dialogue on
‘Implementation of the Paris Agreement on Climate Change: Towards COP24 and
Beyond’

“Extending congratulations, they told the premier that we will get back you
as the prime minister again,” the foreign secretary said

Haque said the heads of the state and the international agencies expressed
this hope considering the regional stability, the prime minister’s role
regarding the Rohingya issue, regional economic development and integration.

“The global reading that was exposed following their meetings with the
prime minister is that they will meet her as the prime minister next year,”
the foreign secretary said.

The press secretary said the heads of state and international agencies
expressed the hope that both democracy and development will go together in
Bangladesh.

“They also hope that they will meet again with Prime Minister Sheikh Hasina
in international fora,” he said

They also hoped that the journey towards democracy that the prime minister
showed to Bangladesh will continue, Haque said.

They also expressed optimism that the upcoming national elections in
Bangladesh will be free, fair and participatory and the trend of democracy
and development will continue in the country.

The prime minister highlighted the problems related to the Rohingyas before
them and urged the international community to keep up pressure on the Myanmar
government so that they take back their nationals speedily.

Sheikh Hasina said there is no solution to the problem in Bangladesh,
rather the Myanmar government will have to find out its way of solution.

For this, she said, the Rohingyas will have to go back to their homeland
and they will have to establish their rights through it.

“As long as they will not return to their homeland, Bangladesh will look
after them with the support of the international community,” she said.

The prime minister also informed them about shifting Rohingyas to an island
called Bhshan Char and sought support of the world community for this
initiative.

Sheikh Hasina said a list containing the names of 4,000 Rohingyas has been
verified. “Let start the repatriation process through these Rohingyas,” she
said.

UN Secretary General’s Special Envoy on Myanmar Ambassador Christine
Schraner Burgener informed the premier that he visited both Bangladesh and
Myanmar to solve the Rohingya crisis.

The special envoy expressed the hope that he will be able to convince the
Myanmar to create a conducive environment in northern Rakhaine state so that
the Rohingyas could go back to their motherland.

Ambassador Christine said that he will visit Bangladesh again to find out a
solution to this crisis.

He said one of the five proposals that the Bangladesh premier placed in the
last year’s UN General Assembly was appointing special envoy of the UN
secretary general on Myanmar.

“The implementation of the proposal started by appointing me to that post,”
he said.

The heads of state and international agencies have highly appreciated the
unprecedented progress that has been made in Bangladesh’s economy under the
leadership of Prime Minister Sheikh Hasina.

“They wanted to know from the prime minister how it has been possible,” the
foreign secretary said.

Mentioning Bangladesh’s achievement of 7.86 percent GDP growth rate this
year, they said: “It’s a growing trend of the country despite many
challenges.”