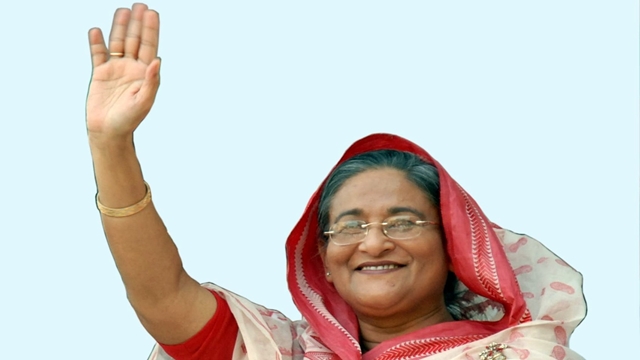 A British Airways flight carrying the premier and her entourage members
departed from John F. Kennedy International Airport here for London at 8:20
pm local time (BST 6.20 am on Sunday).

Bangladesh Ambassador to the USA Mohammad Ziauddin and Bangladesh
Ambassador and Permanent Representative to the UN Masud Bin Momen saw the
premier off at the airport.

The flight is scheduled to reach Heathrow International Airport in London
at 7:45 am local time.

After making an over 10-hour stopover in the British capital, the prime
minister will leave London for home at 6:20 pm local time (BST 11.20 PM
tonight) by a VVIP flight of Biman Bangladesh Airlines.

The flight is scheduled to reach Hazrat Shahjalal International Airport in
Dhaka on Monday morning.

The prime minister addressed the 73rd Session of the UN General Assembly
at the UN Headquarters in New York on September 27 and had a meeting with UN
Secretary General Antonio Guterres the same day.

On the sidelines of the UNGA, she held bilateral meetings with Dutch Queen
Maxima and Estonian President Kersti Kaljulaid, while US Secretary of State
Mike Pompeo called on her.

On the sidelines of the UNGA, she joined a number of high-level events on
Rohingya crisis, cyber security, peacekeeping, women empowerment, girl
education and world drug problem.

Sheikh Hasina joined a luncheon and roundtable arranged by the US Chamber
of Commerce.

During the UNGA, the prime minister received two international awards.

These are “International Achievement Award’ of Inter Press Service (IPS),
a global news agency, and ‘Special Distinction Award for Outstanding
Leadership’ of Global Hope Coalition, a network of three not-for-profit
foundations based in New York, Zurich and Hong Kong.

She also attended a civic reception accorded to her by expatriates
Bangladeshis living in the USA and addressed a press conference about the
outcome of her participation in the 73rd UNGA.