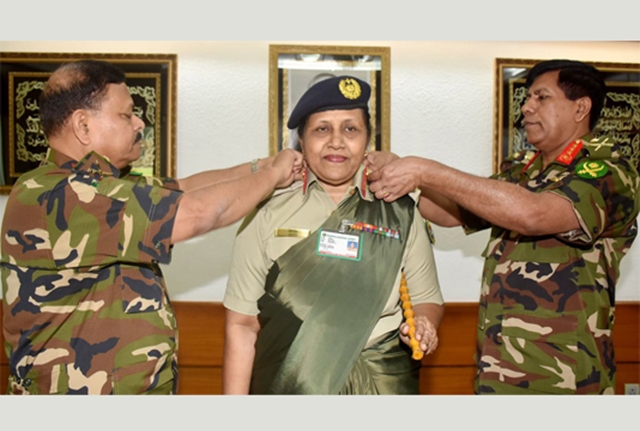 “She is the first woman to be appointed as major general,” the Inter-Service Public Relations (ISPR) Directorate said in a statement.

Her appointment is “another new horizon opened by the ground-breaking steps” taken under the administration of Prime Minister Sheikh Hasina.

Women currently hold the positions of prime minister, leader of the opposition, speaker of the house and the deputy leader of parliament in Bangladesh.

Bangladesh appointed its first woman as Supreme Court judge and public university vice-chancellor under this government.

According to the ISPR, Giti passed her MBBS from Rajshahi Medical College in 1985. In 1986, she joined the medical wing of the Bangladesh armed forces as a captain. In 1996, she became the first woman to earn an FCPS degree in haematology.

Dr Giti has served as a pathology specialist on UN peacekeeping missions and at various military hospitals. She is currently the chief of the Pathology Department at the Armed Forces Medical College.