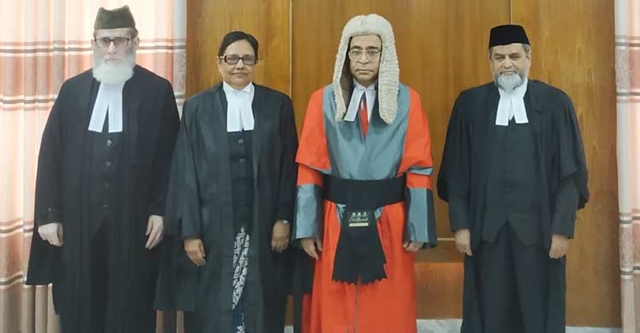 Three new judges to the Appellate Division of the Supreme Court were sworn in today.

President Abdul Hamid, on Monday, promoted them to the Appellate Division as per the Constitution, taking the total number of Appellate Divison judges at seven.

Judges of the Appellate Division and the High Court division were present at the oath-taking.