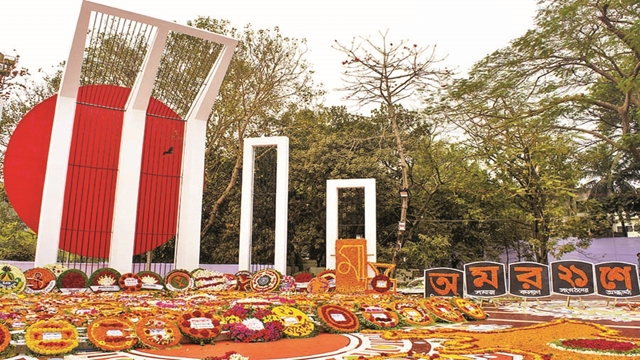 The Bengali nation achieved the dignity of their mother language on February 21, 1952 through the supreme sacrifice made by Salam, Shafiq, Barkat, Rafique and others during a massive movement.

February is the month of mourning. Yet, it is a matter of dignity for the nation as only the Bangalees have sacrificed lives for their own language.

The Language Day — February 21 — is also recognised as the International Mother Language Day. A month-long book fair begins today. Prime Minister Sheikh Hasina is expected to inaugurate the fair as the chief guest at Bangla Academy here at 3 pm today.

A total of 14 guest poets from nine countries will take part in the festival.