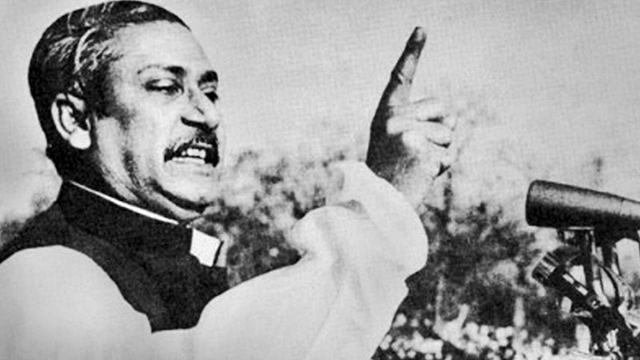 The nation is set to observe the histori March 7 tomorrow in a befitting manner commemorating the landmark speech Bangabandhu Sheikh Mujibur Rahman which was touted as indirect declaration of the country’s independence.

On March 7 in 1971, the great leader Sheikh Mujib, the architect of independent Bangladesh, in his historic address at a mammoth rally at the then Race Course (now Suhrawardy Udyan), directed the freedom-loving Bangalees for waging a decisive struggle against the then Pakistan occupation forces.

“Turn every house into a fortress, resist the enemy with everything you have … Having mastered the lesson of sacrifice, we shall give more blood. God willing [Inshallah], we shall free the people of this land,” Bangabandhu also said in his speech.

The speech inspired the Bengalees to prepare for a war of independence.

On October 30 in 2017, the UNESCO has recognised the historic speech as a part of the world’s documentary heritage.

It has been included in the Memory of the World International Register, a list of world’s important documentary heritage maintained by the United Nations Educational, Scientific and Cultural Organisation (UNESCO).

To mark the day, different socio-cultural and political organizations, student and professional bodies have chalked out elaborate programmes including laying wreaths at the portrait of Bangabandhu and holding discussions and rallies.

The ruling Awami League has also drawn up different programmes to observe the day.

A discussion will be arranged at the Bangabandhu International Conference Centre (BICC) auditorium at 3pm on the day.

Awami League President and Prime Minister Sheikh Hasina will chair the discussion while Party leaders and distinguished personalities will address it.

Awami League and associated bodies will also organize rallies highlighting the significance of the day in all wards, unions, pourasabhas, upazilas and districts as the Bangabandhu’s March 7 speech would be played by loud speaker.

The Bangladesh Betar and Bangladesh Television as well as private television channels and radio stations will air special programmes while national dailies will bring out special supplements marking auspicious occasion.