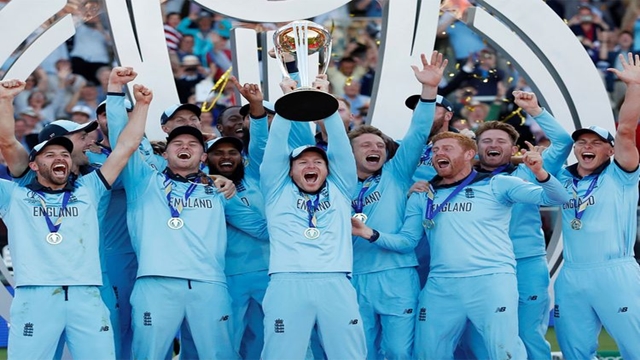 England snuck past New Zealand in the most thrilling World Cup final ever to win their maiden ICC World Cup title at the home of cricket -- Lord’s -- on Sunday.

England, who hosted the first three World Cups back since 1975, had to wait 44 years to win their first title. They were beaten finalists on three occasions previously. It was by no means straightforward for them on Sunday either, after the final initially ended in a tie through the 50 overs.

That took the game into a Super Over to try and separate them. Astonishingly, this too ended in a tie. But England enjoyed the advantage in terms of having hit more boundaries (4s, 6s) on the day, the next separation criterion. In effect, England won on boundaries.

Eion Morgan-led England did their best to erase the painful memories of previous disappointments, and the great project of English cricket that started with defeat to Bangladesh in Adelaide four years ago- eliminating them at the group stage - to build a modern, winning team in 50-overs cricket has come good in the most spectacular fashion: by winning the World Cup.

New Zealand won the toss in the final and opted to bat first in the wicket which appeared friendly to the bowlers.

Martin Guptill was the first batsman to get dismissed scoring 19 off 18 balls before he was trapped lbw by Chris Woakes. After him, New Zealand lost Henry Nicholls and Kane Williamson respectively for 55 and 30. Both fell prey to Liam Plunkett.

New Zealand never looked to have dominated over the hosts’ bowlers as they lost wickets in regular intervals. Eventually they ended their innings on 241 runs for 8 in 50 overs. Chris Woakes and Liam Plunkett bagged three wickets each for the hosts.

At this stage of the game, its fate was swinging like a pendulum. However, Ben Stokes and Joss Buttler had another idea as they posted 110 runs in the fifth wicket stand to propel England to the brink of sealing the game.

The stand was broken however, when substitute fielder Tim Southee took a brilliant catch to remove Buttler off Lockie Ferguson for 59 off 60. England were 46 runs away from winning the game, with 31 balls left.

With Stokes guiding the tailenders, that came down to England needing 24 runs off 2 overs. James Neesham conceded only nine runs in the 49th over, taking two wickets. Had Trent Boult not missed a chance Stokes gave in the fourth ball of the 49th over, New Zealand could have sealed the game.

In the last over, England needed 15 runs. Off the first two balls, Stokes failed to score any run, refusing singles. But off the third ball, Stokes hit a six. Then came perhaps the most shocking moment of the entire game, as England got another six runs off the fourth ball – but it should only have been 2, if that. With Stokes scrambling to complete the second run, Martin Guptill’s throw from the boundary ricocheted off the diving Stokes’ bat and rolled away behind the wicketkeeper. Stokes acknowledged the deflection and in keeping with custom did not run for overthrows. But the ball had other ideas, as it rolled all the way to the boundary, which meant it couldn’t be helped and an extra 4 runs would accrue to England’s total, whether fair or not. Ex-New Zealand wicketkeeper Ian Smith in commentary said: “The most influential 6 in the World Cup rolled all along the ground”.

Even in the heat of such a battle, it was remarkable how the two teams were maintaining the Spirit of Cricket – New Zealand fielders had earlier not wasted time in signaling a six themselves when Trent Boult took a catch on the boundary but touched the rope before releasing the ball back in.

England lost Adil Rashid and Mark Wood to run outs off those last two balls, but at the same time, completed 2 more runs, and the match was tied. Eventually, the match went to the Super Over to decide the winner. Stokes remained unbeaten on 84 off 98 with five fours and two sixes- for which he was later adjudged man of the match. 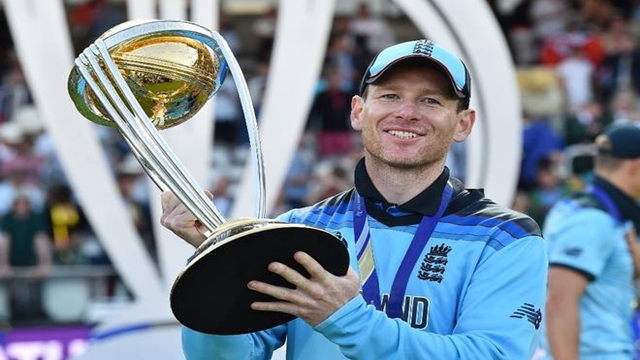 After the freaking tie, England scored 15 runs in the Super Over off Trent Boult with Stokes and Joss Buttler doing the Super Over duties. New Zealand, batting with Jimmy Neesham and Guptill, matched them off Jofra Archer, who started with a wide. But England knew they enjoyed the advantage on boundaries – the next tie break criterion - so after another dramatic tie in the Super Over, England lifted the trophy for the first time, having hit more boundaries on the day.

It was the most excruciatingly close final in 12 World Cups, and the teams were literally inseparable. In the end, it was tragic to do so, but it had to be done. And so England won their first World Cup ‘on boundaries’. And New Zealand went away with everything, except the title.

New Zealand skipper Kane Williamson was named man of the tournament, an honour for which Bangladesh’s own Shakib Al Hasan was right in contention, but in the end, it was given to Williamson for his 578 runs with two centuries and his skill in captaining his side. Although Shakib was denied, on this day no one will begrudge New Zealand not going home empty-handed.