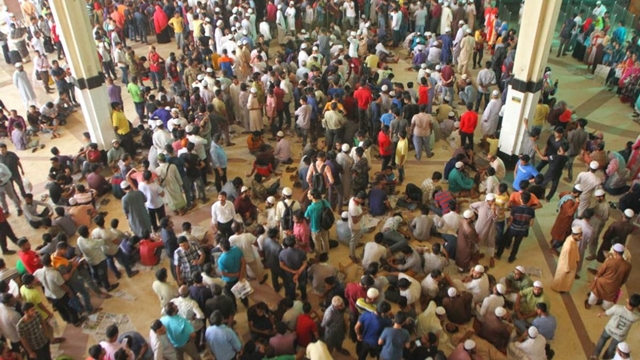 Bangladesh Railway has started selling advance train tickets in the city on Monday morning for homebound people on the occasion of Eid-ul-Azha.

The ticket sale began at 9 am on Monday at five spots – Kamalapur, Airport, Banani and Tejgaon railway stations and Fulbaria in the capital, said sources at the Railways Ministry.

The advance ticket sale will continue till August 7.

Half of the train tickets will be sold at ticket counters while the rest online, the Ministry sources said.

Eid-ul-Azha, the 2nd largest religious festival of Muslims, will be celebrated on August 12, subject to the appearance of the moon.

Each passenger will be able to buy maximum four tickets.

Besides, eight pairs of special trains will run on different routes on the occasion of Eid.