BD's economic growth to continue at 8.0pc this FY 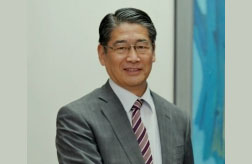 Japanese Ambassador in Dhaka Naoki Ito has expressed the hope that Bangladesh's economic growth will continue at 8.0 percent this fiscal year (FY) despite negative impact of the coronavirus outbreak.

"Despite negative impact of the coronavirus, Bangladesh economy will continue to grow at 8.0 percent," he said. There is a strong indication that the economy of Bangladesh is moving forward.

The Japanese envoy was addressing the 10th Networking Gathering of Japan-Bangladesh Chamber of Commerce and Industry (JBCCI) at a city hotel on Saturday.

Mr. Ito expected that Bangladesh would be a true model of development and said Japan's continuous support to be behind the efforts of the country as the largest and longest development partner and friendship.

He pointed out all investment and cooperation made by Japan under the comprehensive partnership signed between the two Prime Ministers of Japan and Bangladesh, and said the country's growth is likely to accelerate further after completion of many of the Japan-funded infrastructure projects by 2024 and 2025.

Expressing concerns over the spread of coronavirus in Japan, he said the situation is expected to be contained by next week.

Despite the increase of virus-affected patients from 156 in February to 284 in March, the Ambassador said it is only 0.02 percent of the total population.

The Japan government is preparing to host the Tokyo Olymic to be held in July 24 as IOC international committee already issued the statement to continue preparation for the event, he added.

Mr Ito said Bangladesh is now a new economic frontier for the Japanese companies to invest in the future, and expressed the hope that the Japanese investment from both public and private sectors is likely to set a new era of development in Bangladesh.

Japanese investment flow increased to 160 percent in the fiscal year 2018-2019 compared to the previous fiscal year, he said, adding that this has made Japan as one of the largest export destination of Bangladesh.

Japan wants to work on export diversification with investment plan in sectors like pharmaceuticals, information technology and engineering, he said.

Ambassador Ito said the Japan Bank for International Cooperation (JBIC) has already hinted that Bangladesh would be among the top five to 10 countries to receive the bank's finance and insurance coverage in the development partnership.

However, he said there is still a huge room for improvement in ease of doing business and business climate, and urged the government of Bangladesh to take policies addressing key elements for the Japanese companies.

He also stressed the need for some cultural and perceptional change of the officials engaged in dealing with the investors.