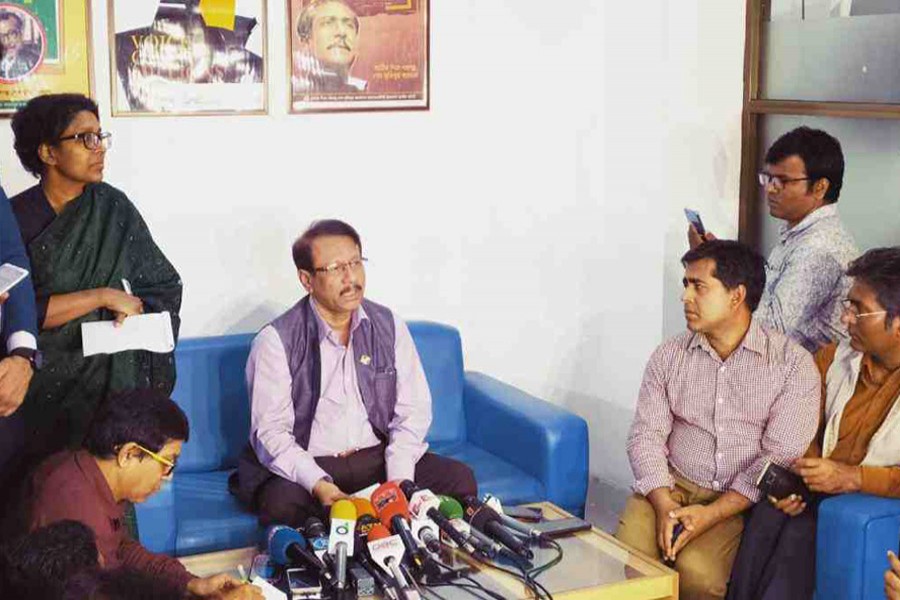 The authorities have postponed the key event of March 17 at the National Parade Ground in Dhaka designed to officially launch the celebrations of Bangabandhu Sheikh Mujibur Rahman’s birth centenary after Bangladesh recorded its first coronavirus cases.

All large public gatherings will be avoided during the celebrations of the day, Kamal Abdul Naser Chowdhury, the chief coordinator of the national committee to implement the Mujib Barsha programmes, said at a news conference in the capital on Sunday.

The decisions to limit the gatherings were taken in a meeting chaired by the committee’s chief and Bangabandhu’s daughter prime minister Sheikh Hasina at her Ganabhaban residence. The other daughter of Bangabandhu, Sheikh Rehana, was also present.

“The decisions have been made to spare the people of sufferings as you know that public interest is the top priority of the prime minister,” Kamal said.

The programmes of paying respects to the father of the nation at the Bangabandhu Memorial Museum in Dhanmondi 32 and his grave in Gopalganj’s Tungipara, however, will go ahead like every year, Kamal said.

The nation was set to kick off the celebrations through a huge gathering at the National Parade Ground in Tejgaon on the 100th birth anniversary of the father of the nation. A countdown to the beginning of the celebrations has also been launched.

But the spread of the coronavirus from China to almost 100 countries made uncertain the plan for grand celebrations as the authorities across the world have put harsh travel restrictions and cancelled public events to contain the outbreak.

President Md Abdul Hamid, Hasina, her Indian counterpart Narendra Modi, and many other leaders from the region and beyond had been scheduled to attend the programme.

Kamal said the event has been pushed back considering the health risks.

He said small events on a limited scale will be organised to celebrate Bangabandhu’s birth centenary at the educational institutions and elsewhere, keeping the coronavirus situation across the globe in mind.

Other programmes to kick off the celebrations included a 31-gun salute in Dhaka and other places at sunrise, and hoisting of the national flag at all government and non-government buildings.

An event marking the National Children’s Day would be held in Tungipara, the birth place of Bangabandhu. Special prayers would also be held throughout the country.

The health authorities earlier on Sunday confirmed Bangladesh’s first three cases of the coronavirus, which has infected more than 106,000 people and caused over 3,600 deaths across the world after originating in China by the end of last year.