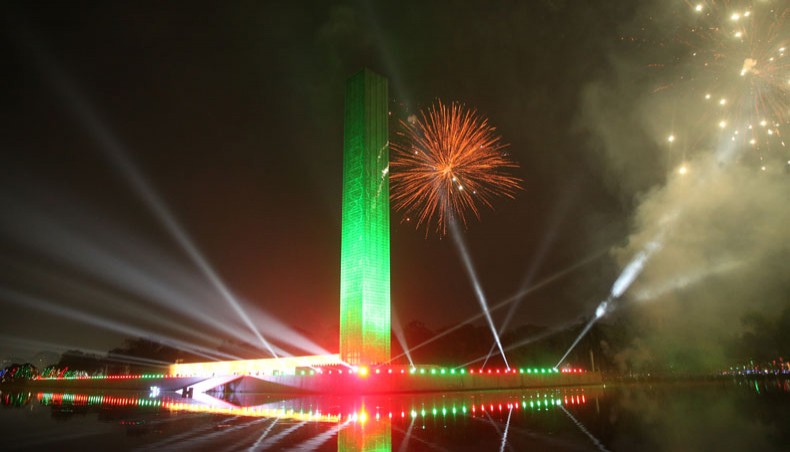 A scaled-down inaugural ceremony started at a leafy venue inside the Suhrawardy Udyan in Dhaka at 8pm, the moment of his birth, as the government restricted gatherings due to coronavirus pandemic. 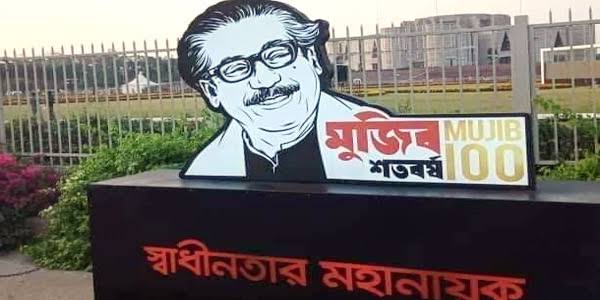 The ceremony titled “Muktir Mahanayak” (The Great Hero of Freedom) began with the national anthem and fireworks. The city corporations also organised fireworks in parts of the capital.

The streets of the capital city, Dhaka, were decorated with colorful festoons and billboards depicting the life of the Father of the Nation and important landmarks and buildings were garlanded with decorative lights.

Hasina recited  a poem, written by Rehana, that depicts the sorrows of a daughter who lost her father.

Recorded speeches by the heads of state and government, including the prime ministers of India, Nepal, Bhutan and general-secretaries of the United Nations and OIC, will be broadcast.

Later, a pixel mapping, a video display system, and a laser-show will take place at the south plaza of the parliament.

Hasina launched a souvenir and a commemorative stamp from her official residence Ganabhaban in the afternoon.

The president and prime minister placed a wreath at the mausoleum of Bangabandhu at 10am in Tungipara. They stood there in silence, for some moments, in remembrance of the founder of independent Bangladesh.

Later, the president, prime minister and top leaders of the ruling party, Awami League, prayed for the eternal peace of the departed souls of Bangabandhu as well as other martyrs of the August 15 carnage.

A two-hour programme was organised in Tungipara, the birthplace of the Father of the Nation.

Earlier in the morning, Prime Minister Sheikh Hasina paid tribute by placing a wreath at the portrait of Bangabandhu, in front of Bangabandhu Memorial Museum at Dhanmondi Road No 32, in Dhaka.

Cabinet members, the prime minister's advisers, parliament members, and senior leaders of the party were also present there.

Special prayers were arranged at all religious institutions across the country while special food was distributed among orphans and destitute people.

People across the country placed floral wreaths at the portraits of Bangabandhu and  brought out colorful processions to celebrate his birth anniversary.

In many townships, special cleaning drives were conducted and blood donation camps were set up.