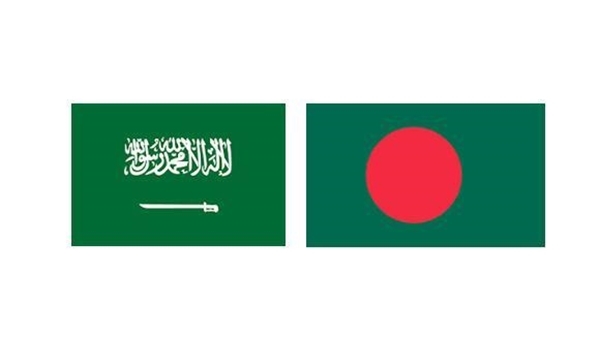 Bangladesh will sign a memorandum of understanding (MoU) on defence cooperation with Kingdom of Saudi Arabia (KSA) during Prime Minister (PM) Sheikh Hasina's visit to the country.

The prime minister is scheduled to leave for KSA today (Tuesday afternoon) on a four-day visit.

During the visit, she will have a bilateral meeting with Saudi King Salman bin Abdulaziz Al Saud tomorrow (Wednesday).

"The prime minister will also open the new chancery building in Riyadh on Wednesday, and on the same night she will fly to Medina. From there she will go to Mecca to perform umrah," Foreign Minister (FM) A H Mahmood Ali said while briefing journalists about the visit.

But the foreign minister declined to give any detail on the defence cooperation MoU.

He said another MoU on Information and Communication Technology (ICT) cooperation will also be signed between the two countries during the visit.

The PM is also expected to take part in a business seminar, to be organised by Council of Saudi Chambers.

The FM said since bilateral relations between Bangladesh and KSA is very deep and warm, issues related to harassment of Bangladeshi female workers in the country might be discussed in the meeting between the PM and the Saudi King.

Responding to a question, he said Saudi Arabia has already backed Bangladesh's efforts for helping the Rohingya refugees and for their peaceful repatriation to Myanmar.

Mr Ali said during the last UN General Assembly meeting in New York, he had a meeting with the Chinese foreign minister and the representative of the Myanmar's FM to discuss the repatriation issue.

"The UN secretary general was also present in the meeting for sometimes. We urged the Myanmar authorities to complete building houses for the first batch of Rohingyas," the foreign minister said.

Verification of 8,000 Rohingyas has been completed, and they would be repatriated when necessary accommodation for them in their respective villages would be completed.

"We will review the progress during the joint working group meeting, to be held in Dhaka in the last week of this month," he added.