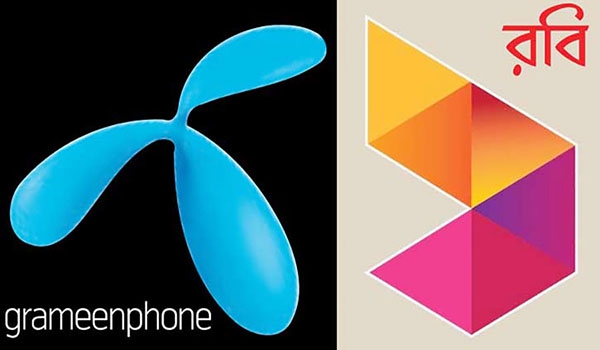 The government is hell-bent on recovering Tk 134 billion in 'audit' dues from mobile telephony operators Grameenphone and Robi.

"We stand by our decision and we will do whatever rule of the land allows us to realise the dues," post and telecommunication minister Mustafa Jabbar told media on Sunday.

He said the country's two largest cellphone companies were given the deadline to respond to the showcause notices and they have replied to them. The government is now free to take a decision thereon.

On September 04 last, the Bangladesh Telecommunication Regulatory Commission (BTRC) served the notices to Grameenphone, majority share controlled by the Norwegian Telenor Group, and Robi of Malaysian Axiata, asking the duo to respond in 30 days why their licences will not be cancelled for sidestepping the payment of arrears in revenue sharing, late fees and taxes.

GP and Robi both replied to the notices on Sunday, though both termed the notices "unfounded" and "invalid."

"The unfounded showcause notice by BTRC to cancel our licence has not been withdrawn and hence we have provided our responses," GP said in a statement.

"Audit is a subjudice matter and any showcause is invalid," Shahed Alam, chief corporate and regulatory officer at Robi Axiata Ltd said.

The companies filed two separate cases with a Dhaka court, seeking the imposition of permanent injunctions on the telecom regulator's audited claims.

The cases were lodged on August 25 and 26 respectively.

"If the court says that the operators won't need to pay any money to the BTRC, we will comply with it," commission chairman Jahurul Haque said.

"Since no court said such a thing, we will go ahead according to telecommunication act and other laws of the land," he further said.

He once again ruled out the possibility of alternative dispute resolution (ADR) over the claim.

A high-profile meeting held last week with finance minister AHM Mustafa Kamal in the chair discussed the possibility of waiver of Tk 67.46 billion in late fees to end the ruckus that threatened to dent the country's image among foreign investors.

The finance minister had earlier said efforts would be made to settle the dispute outside the court.

With around 12 percent market capitalization, GP is the largest listed company on the Dhaka Stock Exchange and the row has had a negative impact on the capital market.

But the meeting yielded no breakthrough, according to a meeting source.

After an audit of the two mobile phone operators, the BTRC in 2016 claimed dues from GP, the largest mobile telephony firm, and Robi, the second-largest operator.

Of the total, the principal audit claim from Robi was Tk 3.15 billion and from Grameenphone was Tk 63.85 billion.

The operators contest the original claims found in audit conducted by the government.