"Made in China" shines in Nepal 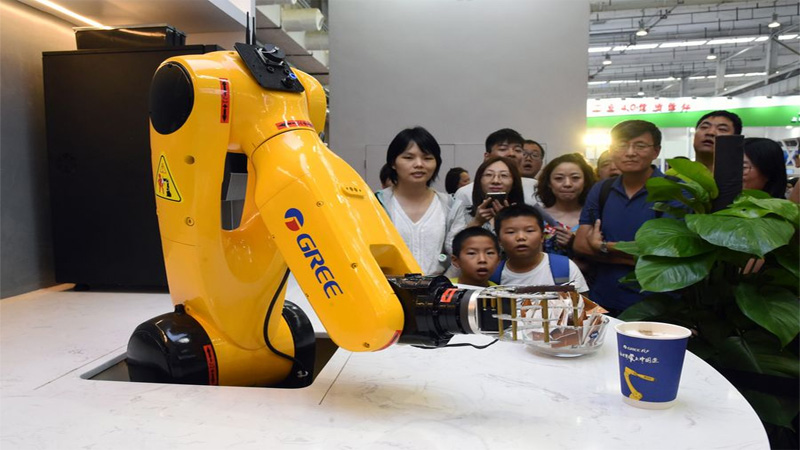 That is in no small part thanks to the notable improvement of electricity supply in the Himalayan country, which is one of the tangible benefits brought by Chinese products and technologies to Nepal's infrastructure and the Nepali people's life.

Rajandra Shrestha, a Gree sales agent in Nepal, shared the secret of Gree's rising in a recent interview with Xinhua.

"In the beginning, Gree had some difficulties in entering the Nepali market because people believed that Chinese brands were not as good as others," he said. "However, when they tried Gree's products, they found the quality, price and durability were better than the brands they were currently using, and they began to trust Gree's products."

"From this trust and brand loyalty, Gree is now the No. 1 brand in Nepal. In Nepal, there are more than 40 dealers and distributors, as well as after-sales and support centers nationwide," added the agent.

"Made in China" no longer means cheap products; it now represents high quality combined with better performance, noted Shrestha. "Chinese products range from very high budget to very low budget, so people have more choices and are able to afford the products."

Along with Gree air conditioners, other white goods from China, as well as smart phones of Chinese brands, are changing Nepali people's lifestyles.

In 2018, two-way trade between China and Nepal reached 1.1 billion U.S. dollars, marking an 11.7-percent increase year on year. China is now the second largest trading partner of the Himalayan country.

An important boost to the growing popularity of "Made in China" in Nepal is the hilly country's steady improvement in power and communication infrastructure.

Shrestha said that previously air conditioner sales in Nepal were very low because of inadequate power supply. "But now, as there is a stable supply of electricity, sales have more than doubled," the agent said.

Kul Man Ghising, managing director of Nepal Electricity Authority, recalled that when he took office in 2016, Nepal faced  more than eight hours of load-shedding in the monsoon season and up to 18 hours in the dry season.

Now, projects with Chinese investment, equipment and technology have greatly improved Nepal's electricity supply, he told Xinhua, adding that Nepal has been self-sufficient in electricity supply in the monsoon season, and power import in the dry season also witnessed a big drop.

In addition, Nepal has formed its first new-energy bus convoy with five electric coaches from Chinese automaker BYD, and China-made airplanes have joined Nepal Airlines and helped the country restart the route between Kathmandu and the northeastern town of Lukla after a two-year hiatus.

"I see more and more 'Made in China' products in Nepali people's lives," said Yubaraj Sangroula, a Kathmandu-based professor. "The most important factor is the Chinese technology because it matches Nepal's development in the present phase."

Chinese technologies in areas like agriculture, information and communication technology, green power and infrastructure construction will help Nepal to develop faster and in a modern way, added the scholar.