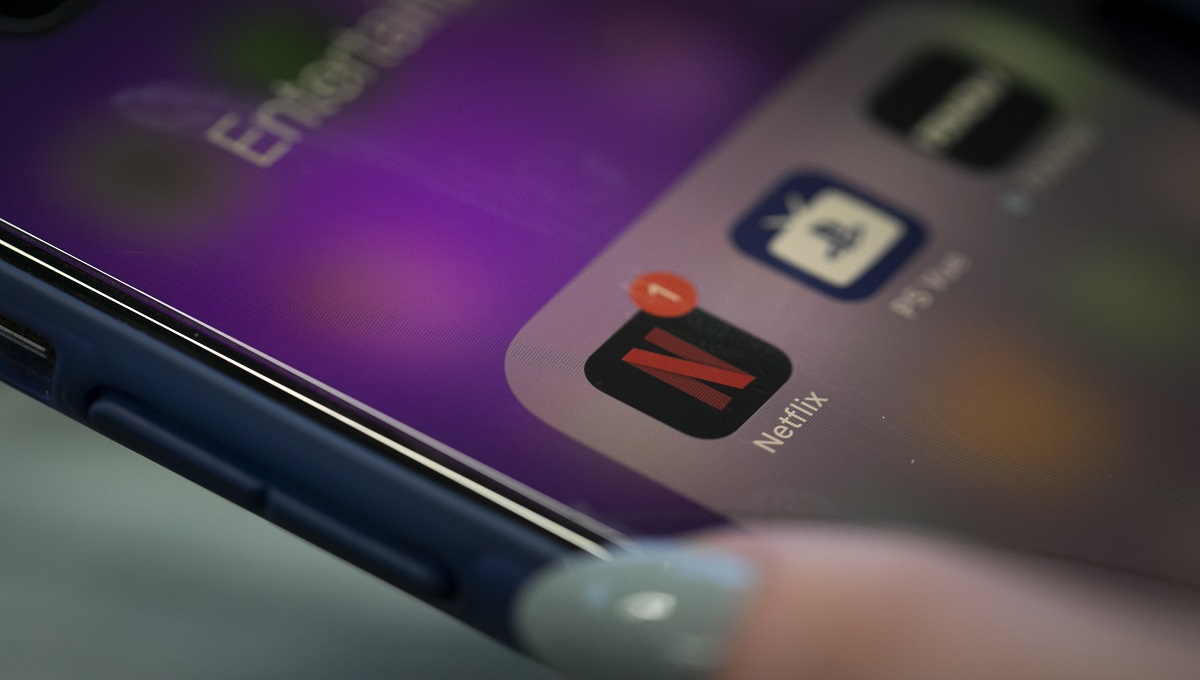 Netflix's subscriber growth is bogging down even before the leading video streaming service confronts high-powered threats from Apple and Walt Disney Co.

The latest sign of the challenges the company is facing emerged Wednesday with the release of its third-quarter results. The numbers provided further evidence that Netflix's salad days may be over, particularly in the U.S., where most households that want its 12-year-old streaming service already have it.

Netflix added 6.8 million subscribers worldwide from July through September, below the 7 million customers forecast by the Los Gatos, California, company. Just 520,000 of those subscribers were picked up in the U.S., below the 800,000 that management anticipated. The shortfall came after Netflix lost 123,000 subscribers in the U.S. during the April-June period, marking its first contraction in eight years.

Uncertainty about Netflix's future growth is the main reason the company's stock had dropped by about 30% below its peak price of $423.21 reached 16 months ago. Netflix's shares surged 10% in extended trading Wednesday, apparently because some investors had been bracing for an even bigger letdown in the third quarter.

Netflix said it expects to add another 7.6 million worldwide subscribers during the final three months of the year, down from 8.8 million during the same period last year in an acknowledgment of the fiercer competition.

"The launch of these new services will be noisy," Netflix advised in its third-quarter letter to shareholders. "There may be some modest headwind to our near-term growth, and we have tried to factor that into our guidance."

The big question now is whether some of Netflix's existing subscribers will decide to cancel its service and defect to cheaper alternatives that Apple and Disney will launch within the next month.

Apple is charging only $5 per month for its service, set for a Nov. 1 debut, while Disney is selling a service featuring its vast library of treasured films and TV shows for just $7 per month beginning Nov. 12. Netflix's most popular plan in the U.S. costs $13 per month.

Netflix is counting on the unique lineup of award-winning TV shows and movies that it has amass since expanding into original programming six years ago to help it retain its competitive edge and attract more subscribers.

It has taken advantage of its head start in video streaming to track the viewing interests 158 million subscribers around the world, giving it valuable insights into the kind of programming that is most likely to appeal to wide swaths of its audience.

That knowledge, in theory, will help Netflix and choose which TV shows and movies to back in the future as it bids for programming against the likes of Apple, Disney and existing rivals such as Amazon and AT&T's HBO.

Even if Netflix keeps picking winners, some budget-conscious subscribers may be tempted to abandon its service and be content with the entertainment options being dangling by Apple and Disney.

Netflix CEO Reed Hastings acknowledged Wednesday that a U.S. price increase imposed earlier this year is causing some current subscribers to cancel the service and perhaps causing some prospective customers to shy away.

"There's a little more sensitivity, we are starting to see a little touch of that," Hastings said during a discussion about the third quarter. "What we have to do is just really focus on the service quality, make us must-have."

Apple is trying to make its new streaming service even more tempting by offering it for a year to anyone who buys an iPhone, iPad or Mac computer. And Disney already is heavily promoting on Twitter its forthcoming service by highlighting that it will feature classic films such as "Snow White and The Seven Dwarfs" and "The Lion King."

Wedbush Securities analyst Daniel Ives said he is expecting Netflix to lose some of its appeal. He thinks the company could lose about 24 million subscribers, or about 15% of its customers, during the next 18 months.

As more competitors take aim at Netflix, some of them are also pulling their programming from the service. Disney is yanking its films from Netflix beginning next year. Beloved TV series "The Office" and "Friends' will disappear from the service in 2020 and 2021 in separate decisions made by NBC and AT&T.

The losses of those popular shows may hurt Netflix even more than the competing streaming services from Apple and Disney, said Michael Pachter, another Wedbush Securities analyst.

"Netflix is going to lose 50% of its most viewed hours during the next two years," Pachter said. "As that starts to happen, subscribers are going to start to notice and some may start looking elsewhere."

Netflix has another problem: It has been borrowing billions of dollars to pay for most of its programming. With its debt load already standing at $12 billion and still likely to climb, Netflix probably can't afford to cut its prices without risking bankruptcy, Pachter said.