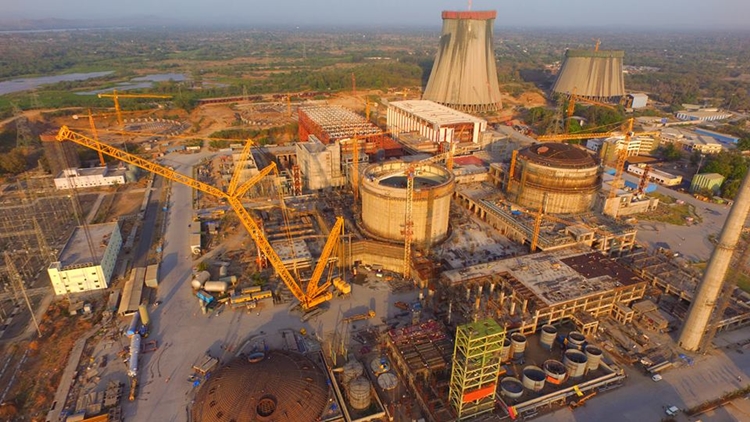 Russian company ZiO-Podolsk has started equipment delivery for the second unit of the under-construction Rooppur Nuclear Power Plant (RNPP) with a shipment of a bubbler tank.

The bubbler tank was manufactured and shipped by ZiO-Podolsk, a concern of Atomenergomash, machine-building division of Russia’s State Atomic Energy Corporation-Rosatom.

The bubbler tank having a service life of 40 years is one of the critical components of a nuclear power plant, which is a part of the reactor plant pressurizer system and it weighs 15 tonnes and is about 8 metres long, 4 metres in height and 2.5 metres in diameter.

The ZiO-Podolsk’s bubbler tanks are successfully working in a number of nuclear power plants in and outside Russia, including Tianwan NPP in China, Kudankulam NPP in India, Rostov and Leningrad NPPs in Russia, the message said.

Atomenergomash is the supplier of all the equipment for Rooppur NPP reactor hall and major part of the turbine hall equipment. It will also supply steam generators, pump and heat-exchange equipment.