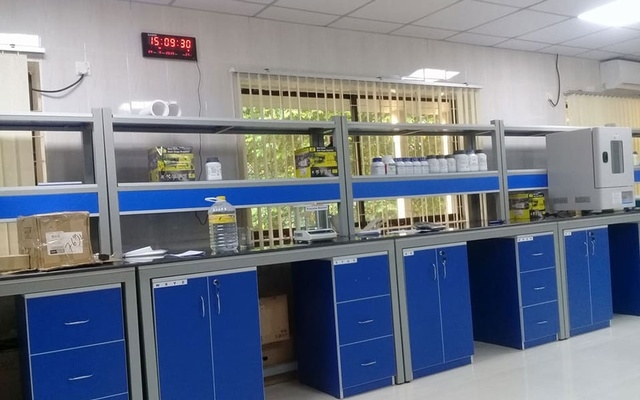 Bangladesh is exploring ways to transform over 227 million tonnes of annual waste into environmentally friendly hydrogen fuel in a bid to ease the government's waste management woes.

Scientists say it is possible to produce 18.22 million tonnes of hydrogen which can significantly reduce the country's energy import bill, which currently stands at Tk 614.77 billion.

The plan emerges when the Local Government Division and Department of Environment face difficulty in waste management. It will decrease the import cost of fuel, which is Tk 614.77 billion at present, the scientists believe.

The world faces a financial loss worth $2.42 billion due to air pollution every year, according to a World Bank report.

Use of hydrogen as an alternative to fuel such as petrol, diesel, and octane will reduce the loss, the scientists say.

Hydrogen will fulfill 30 percent of fuel demand around the world in 2050, according to the World Hydrogen Council.

Bangladesh, too, has opted for the technology and already initiated a pilot project on a hydrogen power plant. The hydrogen energy research project worth Tk 480 million began research in 2017 and is likely to produce hydrogen from 2021.

The scientists are planning to produce 5.0 megawatts of power from the hydrogen produced in June next year to meet the demand for the research plant and later supply it to the national grid.

How to produce hydrogen

Bangladesh produces more than 227 million tonnes of waste every year, causing difficulty for the local government to manage it.

The environmentalists, too, are worried about the use of polythene. Poly waste, household waste, natural waste like twigs, leaves and natural water can be used in producing hydrogen, believe the scientists in hydrogen lab.

Hydrogen will be produced in liquid and gas from urban biomass through photo catalisation. It will meet parts of the gas demand in the country. It is possible to produce 0.08 kg hydrogen from a kg of biomass.

The price will be around three dollars per kg.

On the other hand, 0.10 kg hydrogen can be produced from a litre of water through photocatalysis which will cost from two to eight dollars per kg.

Why hydrogen is better than other lubricants?

Use of hydrogen will reduce air pollution and cut the fuel import cost. "It will reduce our dependence on petrol, diesel and octane. It will serve three times more than other fuels," said Abdus Salam.

Vehicles will need a different type of cylinder with a magnets layer than the traditional ones, but that would be inexpensive. The fuel value of hydrogen is three times more than other natural gases which will be more effective for the vehicle engine, added Salam.

A kg of hydrogen produces 33.33-kilowatt energy, unlike petrol, diesel and CNG that produce 12 kilowatts and 14.7 kilowatts of energy.

There will be no alternative to hydrogen fuel when our coal stock finishes in 2078." Hydrogen is safer and environment-friendly than other gases, said Abdus Salam.

The government may initiate a mega project on hydrogen fuel if it gains commercial success, said Minister for Science and Technology Yeafesh Osman.

"Why would we fall behind when the entire world is looking for alternative fuel? We began the hydrogen research as a pilot project and want to expand it in the future. We'll introduce different technologies," he said.

Sustainable & Renewable Energy Development Authority said they can meet 2.9 percent of fuel demand using renewable energy at present. They set the target at 10 percent in the future.

“The hydrogen lab has been aimed to find out how much power we can supply to the national grid. The developed countries are shifting to newer technology from the use of fossil fuel,” said Shawkat Ali, joint secretary in Bangladesh Science and Industries Research Council.

“The hydrogen plant will provide us alternative energy when the world is focusing on cheap energy production and criticizing carbon emission. It will save the environment and reduce fuel cost,” said Shawkat Ali.

“Use of hydrogen will reduce the dependence on coal. As for now, we need to reduce the electricity voltage in the south when we supply it to the north part of the country. It’ll be better for us if we can set up a hydrogen plant and supply power,” Power Cell Director General Mohammad Hossain said.

“We’re now talking of green energy, and hydrogen is portable too. I see the future in hydrogen energy,” he said.

Dipti Saha, head of Applied Chemistry and Chemical Engineering Department in Dhaka University urged the Ministry of Science and Technology to invest more in research in this sector.