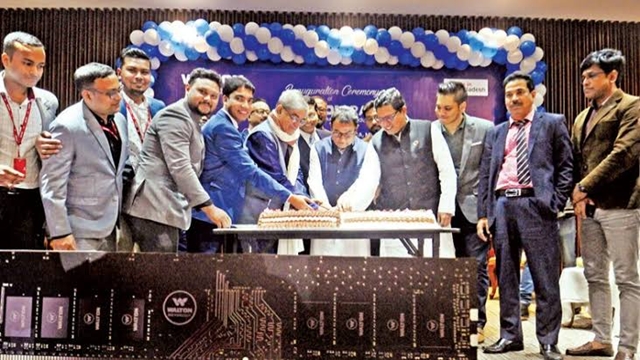 Finance Minister AHM Mustafa Kamal on Tuesday said the government will continue to support the growth of the private sector so they can employ more people.

He said, "Businesses should set a target to register 10-per cent annual growth. And if you (businesses) grow at that rate, graduates will get jobs in your companies."

The government is ready to lend required support to businesses to create more jobs with intent to take the country forward, he added.

Mr. Kamal said this while speaking as the chief guest at a programme after launching RAM, computer hardware, produced by Walton Digi-Tech Industries.

The event was hosted at the auditorium of the National Economic Council (NEC) in the capital's Agargaon area.

It is time for the companies to grab the chance for taking the country forward as 61 percent of the population is now at working age, he said.

Indicating to the country's economic growth, the finance minister said Bangladesh will become the 27th largest economy by 2030.

Mr. Palak said foreign currency earnings from the ICT sector reached around US$ 1.0 billion recently from only $26 million ten years back.

He suggested gradual imposition of tax on imported desktop and laptop computers to encourage local manufacturing of such products.

Speaking on the occasion, Mr. Jabbar said nine local and foreign companies have been manufacturing and assembling different kinds of mobile phones in the country at this moment while some others are in the pipeline.

He also urged local electric and electronic product manufacturing companies to grab the domestic market first to perform well in the international market.

Walton has started manufacturing RAM (random access memory) with a capacity of 2400 MHz and 2600 MHz with the tag of 'Made in Bangladesh' which will be used in its desktop and laptop computers.