Highway through haor having ‘transformational’ impact 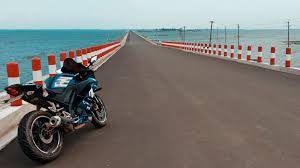 For a road that opened to the public during this coronavirus pandemic, the Itna-Mithamoin-Astagram highway is making a huge impression on people in more ways than one.

As lockdown measures gradually ease, travel bloggers and thrill-seekers and others who like nothing better than let their hair down and drive out of town have been making a beeline due north of Dhaka city, towards Kishoreganj.

All of them seem to return with one message to deliver above all else: they have seen ‘the most beautiful road in Bangladesh!’

Almost half of Kishoreganj district, including four of its six upazilas - Itna, Mithamoin, Oshtogram, and Nikli -  is designated as a completely haor area: unique wetland ecosystems that during the monsoon resemble vast inland seas.

Though much-romanticised and recognised for the stunningly beautiful vistas they offer as well as the tremendous biodiversity they contain, the haor and its inhabitants have never seen the levels of development witnessed in other parts of the country reach their locality.

Infrastructure in particular has always been a problem.  Yet recognising that infrastructure cannot be bypassed as a necessity for meaningful growth and development in any region, the government is now engaged in a serious push for development in the country’s haor areas.

The Itna-Mithamoin-Austagram highway, which connects these three upazilas of Kishoreganj by going straight through the haor, can be seen as part of that push, although work on the Tk 5.14- billion project (the almost 30-km highway is just one component, see below) was inaugurated in 2016 by President Abdul Hamid - the district’s most famous son.

The ‘Haor Road’, as it is also called, paves the way for direct road connectivity between the haor region and other parts of the country including Dhaka, Sylhet and Chittagong. In providing connectivity to surrounding areas and beyond even during the monsoon months, the newly built road has come as a sheer lifeline for the three upazilas.

The news agency talked to administration officials, visitors to the area, as well as locals of course, of the three upazilas to better understand what a game-changer it is for the inhabitants of the haor.

"The road can be used by the people of the three upazilas all year round. That alone has also boosted livelihoods directly, as a new profession arrived in the region of autorickshaw drivers!" he said, referring to the proliferation of autorickshaws serving mainly tourists that has followed the highway’s opening.

Noor also pointed out that it will be easier to transport goods to and from the three upazilas. As a result, farmers in the haor, who often find themselves cut off from the rest of the country's supply network just when their crop has been picked, will no longer find themselves stuck with their harvest.

The AC (Land) also claimed confidently that tourists can now flock to the haor region all the year round, thanks to the engineering feat pulled off in its construction, applying the concept of the ‘submersible’ or ‘amphibian’ road.

It makes for a truly unique experience, and probably has everyone who visits catching the breath. As the highway makes its way like an arrow through the vastness of the haor, one realizes the road is almost level with the waters lapping at it from both sides.

Drone shots give the impression of staring out at a giant infinity pool.  Almost everyone reported they had never seen anything like it before - although a similar road has been built through the Chalan Beel in Sylhet.

A traveller, Rashib Ahmed, said visiting the area following construction of the road has been a totally different experience.

“The road offers scenic views of the haor as far as the eye can see on both sides, which is captivating. Travellers have been flocking here already to see the road," he said.

A shopkeeper in Austram Upazila, Arman Ali confirmed a hike in tourist numbers following the opening of the Haor Road was already apparent.

"We are happy for the construction of the road, which is a blessing for us. In the past, these haor areas were almost disconnected from the country. And now people are desperate to travel to these areas," Arman said.

While tourism is bound to generate extra incomes for the locals serving the industry directly or as ancillaries (e.g. boatmen said they are struggling to keep up with the number of tourists already), it does bring with it the danger of overexploitation of the natural bounties. The haor as an ecosystem may be even more vulnerable.

Locals are aware and would like to see strict adherence to sustainable tourism practices in order to maintain the area's stunningly unique natural beauty, even as it emerges as a lucrative tourist spot.

President Abdul Hamid inaugurated the construction work of the Itna-Mithamoin-Astagram highway project aiming to bring about socioeconomic changes in the haor area in 2016.

Apart from the highway, the Tk 5.14-billion infrastructure project envisages the construction of Chilni, Dhaki and Bhatshala bridges.

The Roads and Highways Department implemented the project that includes the 29-km main highway, seven box-culverts, and seven RCC bridges, plus the three big bridges.

According to Rashedul Alam, the executive engineer of the project, another component ‘Austagram-Nawga’ will connect with Chatalpar of Brahmanbaria district through a bridge, while Austagram-Kastul-Bhantshala roads will connect Itna and Mithamoin upazilas.

“This is not a mere highway. It is also envisioned as the centre-point of development, and the key to transforming the lives of the deprived people of the haor,” Alam added.

It looks like a good start in that regard. 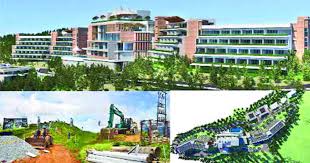 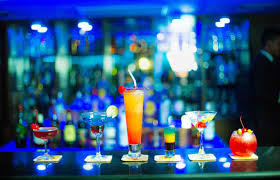 The value of issuing bar licences to Bangladeshi tourist spots

Highway through haor having ‘transformational’ impact 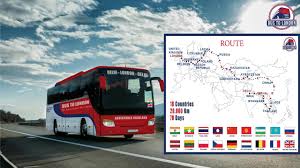 Bus to go from Delhi to London on epic journey 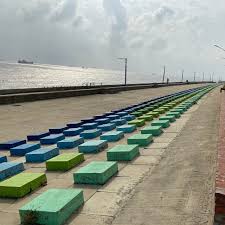