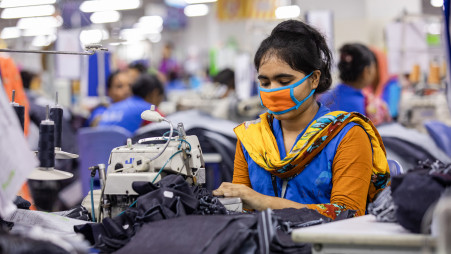 Bangladesh has emerged as the third largest sourcing country for the US-based apparel and fashion companies in 2020, advancing from the last year's sixth position despite the Covid-19 pandemic, according to a latest study.

The results of the seventh edition of the survey report, conducted jointly by the United States Fashion Industry Association (USFIA) and the University of Delaware, were released on Tuesday.

It surveyed executives from 25 US-based leading fashion brands, retailers, importers and wholesalers, including some of the largest brands and retailers in the country.

Bangladesh's position has improved mainly because of the 'most competitive price' it offers and exports similar products over the years, the study revealed.

Meanwhile, Bangladesh faced more work orders cancellation or postponement than its one of the major competitors, Vietnam, during the corona virus pandemic by the US buyers, according to the '2020 Fashion Industry Benchmarking Study'.

It still found Bangladesh and Vietnam as the significant players for primary apparel suppliers in the US market that would benefit more from the US companies' reduced sourcing from China.

Around half of the respondents plan to modestly increase sourcing from a few Asian countries in the next two years including Bangladesh, Indonesia, Vietnam, and India.

Citing US official data that also supports the trend-measured in value, the report said Bangladesh accounted for 9.4 percent of US apparel imports in the first five months of 2020, which was a record high and up from 7.1 percent in 2019.

The report showed that as Bangladesh like China and ASEAN is exporting increasingly similar products to the United States from 2015 to 2019, its export increased to US despite the COVID-19 and the US-China tariff war.

This year, the COVID-19 disruptions in sourcing and the uncertainty the industry is facing weighed on respondents. Sourcing executives show the lowest level of confidence in the five-year outlook since the inception of this report.

As sales drop and business operations are significantly disrupted, not surprisingly, all respondents said that they more or less have postponed or cancelled sourcing orders, according to the report.

Nearly half of the self-identified retailers said the sourcing orders they cancelled or postponed went beyond the 2nd quarter of 2020. Another 40 percent expected that the order cancellation and postponement could extend further to the fourth quarter of 2020 or even beyond.

"The order cancellation or postponement has affected vendors in China, Bangladesh, and India the most," the results showed.

Interestingly, it also noted that the respondents seemed to be more "careful" about cancelling orders coming from Vietnam, which is widely regarded as the "Next China" for apparel sourcing.

The report also found the same consistency regarding price, since 2017, that Bangladesh offers the most competitive price, followed by Vietnam, Indonesia, Cambodia, India, and Sri Lanka.

"Made in Bangladesh demonstrated a notable price advantage for cotton apparel items, which accounted for nearly 77 per cent of the country's total apparel exports to the US in 2019."

Other than the factor of labour cost, the strong capacity in cotton yarn and fabric production locally (mainly for knit apparel) rather than relying on imports, has contributed to the cost advantage of "Made in Bangladesh" products , it said.

MMF (manmade fibre) apparel could be a potential new growth engine for Bangladesh's exports, as US. fashion companies are eager to diversify sourcing from China, and the sourcing capacity in Vietnam is not available, it noted.

Respondents, however, still regard sourcing from Bangladesh involving relatively higher compliance risks in general, with the rating score for the country stood at 2.0, the same as last year.

Some respondents explicitly expressed their concerns about the dissolution of the Alliance and the Accord, a move that is widely viewed as not helpful with building more confidence in Bangladesh's social responsibility practices.

In general, respondents see sourcing from developed countries, such as the United States and EU countries, that involves a relatively low risk of environmental compliance.

In comparison, respondents see the environmental compliance risk relatively higher when sourcing from developing Asian countries, such as Bangladesh, Cambodia, and AGOA members. 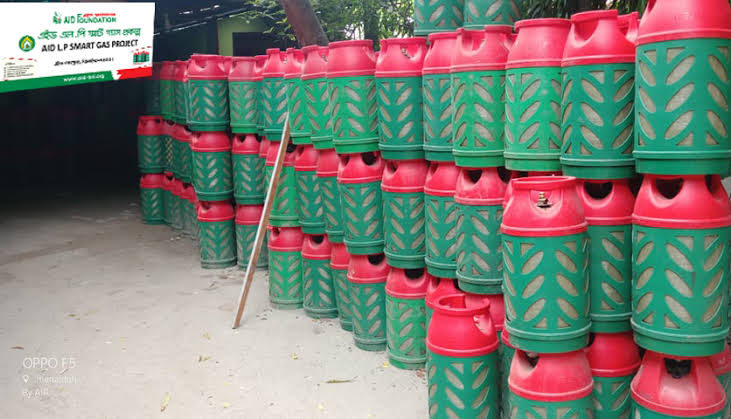 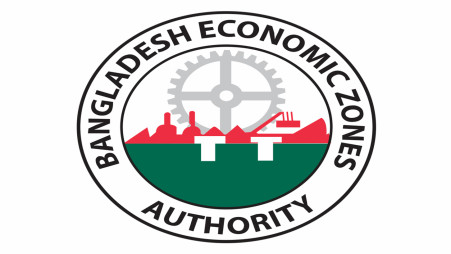