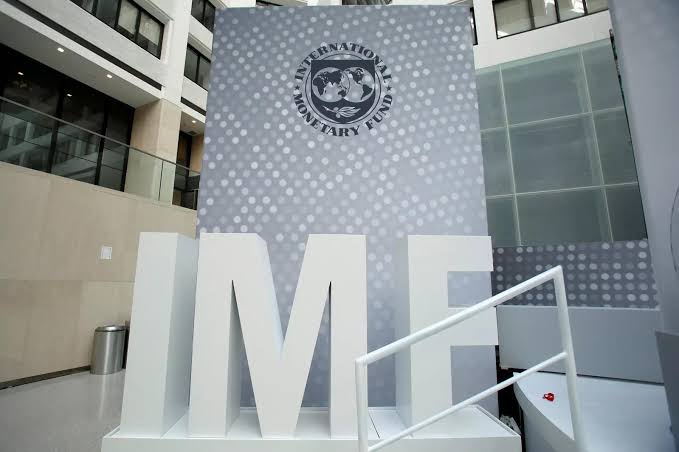 Bangladesh is expecting around USD $4.5 billion loan from the International Monetary Fund (IMF) as a precautionary measure and stabilising foreign exchange reserves.

In the wake of a record $30.86 billion trade deficit, remittance inflow falling by 15.12 percent and current account deficit of $18.70 billion in the recently concluded 2021-22 fiscal, the country is trying to get an IMF loan while two other South Asian countries- Sri Lanka and Pakistan - are struggling for IMF loan to survive their economy.

The two South Asian countries Sri Lanka and Pakistan’s economy are in danger, so they are trying to get IMF loans. The economy of Bangladesh is not in a disaster like them. Sri Lanka is bankrupt, and Pakistan is in dire economic straits. Still, many people ask why Bangladesh has to take an IMF loan.

Replying to a query planning minister MA Mannan said that Bangladesh so far has not defaulted on repayment of external loans.

Bangladesh took loans for some mega projects including Padma Bridge rail link being aware of the returns of those projects. The Padma Bridge authority is collecting toll more than they imagined earlier, which is an example of returns, Mannan said.

Regarding IMF loans, he said that Bangladesh sought IMF loans as a precautionary step to keep the economy stable and capable of meeting oil, gas and fertiliser import payments.

He said the current foreign exchange reserve is not in danger and there is no possibility of a crisis here like Sri Lanka. But pressure has been created in the economy due to the global price hike of commodities and energy due to the Ukraine-Russia war.

“Covid-19 pandemic and Ukraine-Russia war are sudden incidents which none imagined earlier, which affected our economy like other countries,” Mannan said.

“IMF will not impose such conditions that we cannot meet, Bangladesh has a long relationship with the IMF and we have taken IMF loans several times to meet the country’s needs. We think that IMF conditions will be tolerable,” he said.

Dr AB Mirza Azizul Islam, prominent economist and former adviser of caretaker government said that IMF is likely to attach some conditions on reforms and regulations that can also be good for the economy.

Bangladesh earlier took IMF loans and the country paid all the external loans in scheduled time including the IMF loans. The latest loan application for Bangladesh to the IMF will help the economy to stabilise the foreign exchange situation, he said.

Economist Ahsan H Mansur said that the inflation of Bangladesh as per BBS statistics rose to 7.56 percent which is the highest in 9 years, local currency taka has been depreciated more than 11 percent since January and kerb market of dollar remained unstable after trading at Tk 112 per dollar recently.

Apart from these, the global oil and gas prices are soaring, and energy, food and fertiliser supplies have been disrupted due to the Ukraine-Russia war.

All of these indicators are signalling a worsening of the economic situation in future, Mansur said.

The liabilities of foreign loans have increased by around Tk 2.0 trillion due to depreciation of taka. Among this around Tk 1.5 trillion are government loans and rest Tk 0.5 trillion in the private sector, he said.

Though Bangladesh sent a letter to the IMF seeking loans, the figure was not mentioned in the requirement letter. But Finance Ministry officials have reportedly said Bangladesh expects to get around $4.5 billion IMF loans.