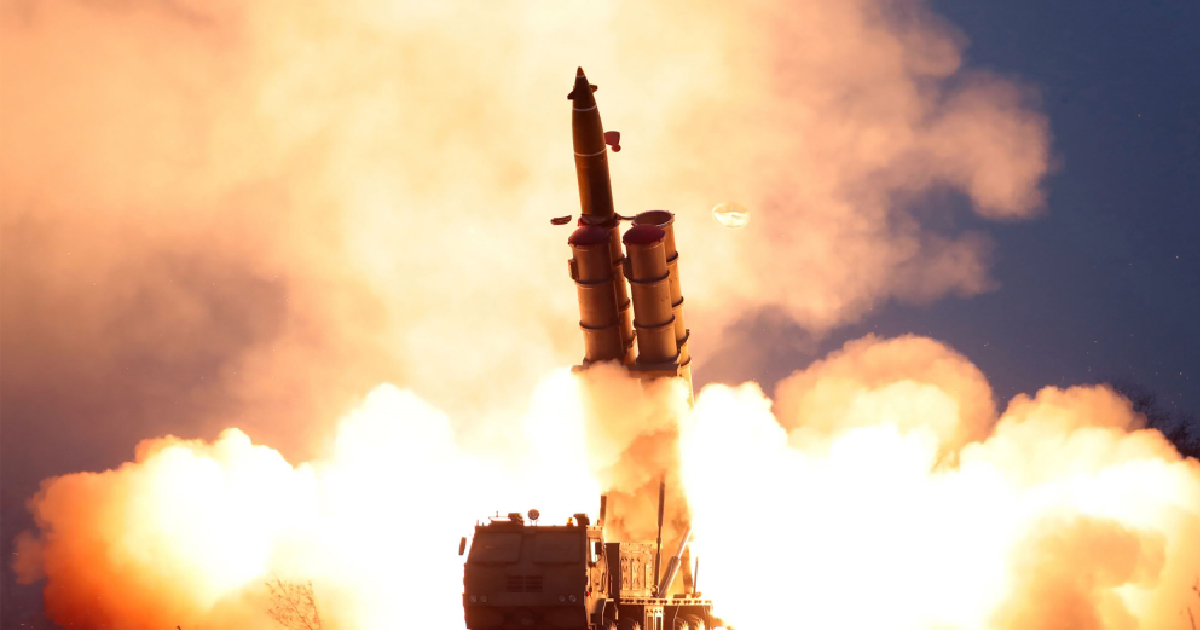 The United States warned North Korea Wednesday that its "deeply counterproductive" ballistic missile tests risk closing the door on prospects for negotiating peace but said it is "prepared to be flexible" and take concrete, parallel steps with Pyongyang toward an agreement.

Negotiations faltered after the U.S. rejected North Korean demands for broad sanctions relief in exchange for a partial surrender of the North's nuclear capabilities at Kim's second summit with U.S. President Donald Trump last February. North Korea has carried out 13 ballistic missile launches since May to pressure Washington, and has hinted at lifting its moratorium on nuclear and long-range missile tests if the Trump administration fails to make substantial concessions before the new year.

Craft warned North Korea that "the United States and the Security Council have a goal, not a deadline" of working toward peace, healing the wounds of the Korean War, and achieving the denuclearization of the Korean peninsula, a vision that Kim and Trump agreed to at their first summit in Singapore in June 2018.

The United States wants to make "crystal clear" to North Korea "that its continued ballistic missile testing is deeply counterproductive" to Trump's and Kim's shared objectives, she said. "These actions also risk closing the door on this opportunity to find a better way for the future."

Craft cited North Korean threats to take a "new path" in the coming weeks and its hints of "a resumption of serious provocations," which she said would mean they could launch space vehicles using long-range ballistic missile technology or test intercontinental ballistic missiles "which are designed to attack the continental United States with nuclear weapons."

The United States trusts that North Korea "will turn away from further hostility and threats, and instead make a bold decision to engage with us," she said. "If events prove otherwise, we, this Security Council, must all be prepared to act accordingly."

The council met for the second time in a week on North Korea's increasing ballistic missile and nuclear-related activities, this time at the request of the United States, which effectively blocked a council discussion on the North's dismal human rights situation expected on Tuesday.

North Korea didn't speak at the meeting but key ally China called on Washington and Pyongyang to work together to keep tensions from escalating, and to nurture the rapprochement they had made over the last two years.

"Seize the hard-earned opportunity," Chinese Ambassador Zhang Jun said, calling on the two sides "to prevent the dialogue process from derailing or backpedaling."

Zhang called the current situation "very complicated" and "fragile" saying "the top priority is to resume dialogue of the two parties directly concerned, and avoid any confrontational actions."

"It's good to hear that the U.S. is still willing to be engaged in dialogues," he said. "But meanwhile both parties should continue to walk towards each other and then to accommodate the concern from the other side and to build up confidence and trust."

He called for the council to lift sanctions that affect the livelihoods of innocent people, saying this may encourage North Korea "to go forward in the right direction, may create a more favorable condition for dialogue."

Russia's U.N. Ambassador Vassily Nebenzia said Moscow would also like to see a resumption of dialogue.

But he said North Korea, having delivered on a freeze of nuclear and long-range missile tests, can't be expected to "continue to do so indefinitely in the absence of any moves its way."

"Negotiation is a two-way street," Nebenzia said. "That should be understood."

The Russian ambassador said it is "high time" that the council consider adopting a statement or resolution to encourage negotiations on denuclearization, security guarantees, and promoting stability on the Korean peninsula.

Craft responded saying "any discussion of a new road map or Security Council resolution must bear in mind the reality that over the past year and a half" North Korea has continued to advance its prohibited programs "and repeatedly refused to engage in sustained diplomatic engagement."

Stressing U.S. flexibility, she said, "we recognize the need for a balanced agreement and parallel actions that address the concerns of all parties."

"But we need a committed negotiating partner to take the reciprocal actions required for progress," Craft said.

The United States holds the Security Council presidency this month, and some diplomats have been puzzled at its refusal to sign a letter that would have authorized the Security Council to hold a meeting on the human rights situation in North Korea — after it said it would.

Without U.S. support, diplomats said European and other countries that wanted the U.N.'s most powerful body to discuss human rights in North Korea were one vote short of the number they needed to go ahead with a meeting.

Asked about the human rights issue on her way into the meeting, Craft said: "Human rights is every day, for me."

The Security Council discussed the human rights situation in North Korea from 2014 through 2017, but skipped 2018.