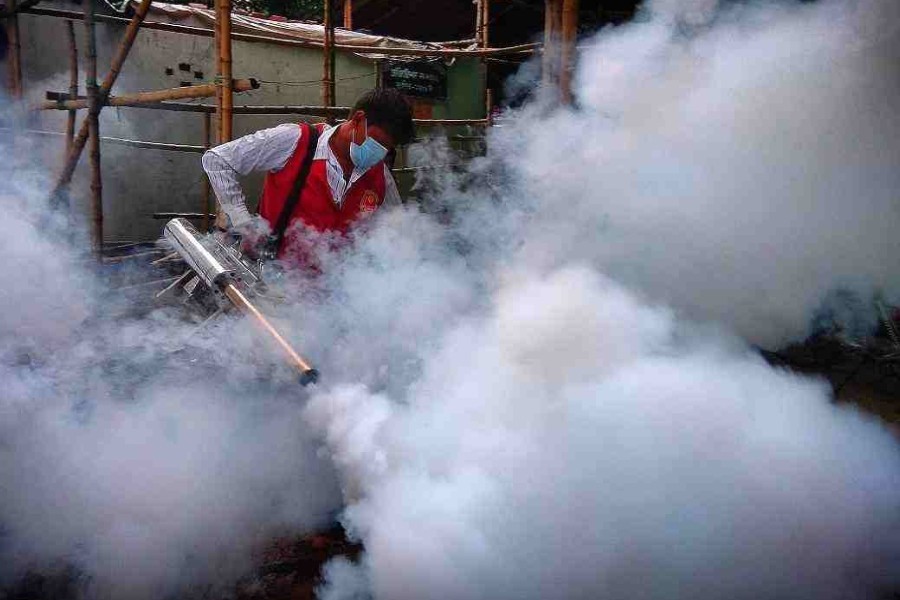 As the fear of possible dengue and chikungunya outbreak has gripped the residents of Dhaka amid the Covid-19 pandemic, the mayor of Dhaka South City Corporation (DSCC) has assured all of taking effective programmes to deal with the problem.

"From now on, larvae checking will start at 9 am and continue till 1 pm every day.  Eight people will work in each ward...mosquito elimination through chemical spray will continue for four hours till 6 pm," DSCC Mayor Sheikh Fazle Noor Taposh said.

The schedule of larvae checking and chemical spray has been changed and these two tasks will be continued throughout the year on a daily basis.

He noted that these tasks were limited to just two hours every day but from now on city corporation employees will work eight hours a day throughout the year.

“We hope that the activities we have undertaken will prevent the spread of dengue. This time the mosquito repellent we’re using is of good quality,” he added.

He said the public will reap the benefits of their timely and necessary approach in eliminating mosquitoes. 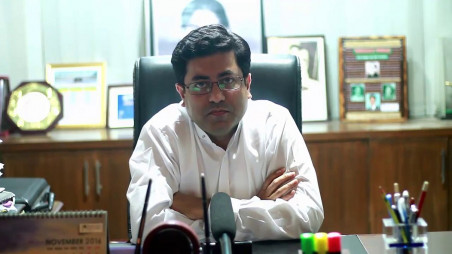 “People are now aware of the places where work of killing mosquitoes is going on and they can even supervise it by themselves. I’m informed from the field level about it and optimistic that people will reap the benefits,” Taposh said.

Mosquitoes cannot be killed with insecticides alone, Taposh said adding that DSCC has undertaken an integrated mosquito eradication programme that is used worldwide.

He noted that alongside using repellants, work is in progress to clean various waterbodies and sewers spread across the city corporation areas.

“We are cleaning the waterbodies so that water can’t remain stagnant. Mosquitoes will not be able to lay eggs and spread even if the water flows,” he said.

He also mentioned that a project is underway for farming duck and telapia in the waterbodies.

“This fish (tilapia) eats mosquito eggs. Fish will be caught using nets twice a month which will give us a two-fold benefit. When the net will be pulled, we will get fish, and the water will keep flowing, destroying dengue larvae and eggs,” he added.

Additionally, there are about 150 kilometers of sewers spread throughout the DSCC. “We will clean the sewers twice a month...we have already started an open waste management work.”

The DSCC mayor emphasised the continuation of the projects, and said those will not be cancelled just after a brief period of exercise.

“This is a dynamic process and it will continue,” he said.

The incidence of dengue has grown dramatically around the world in recent decades. A vast majority of cases are asymptomatic or mild and self-managed, and hence the actual numbers of dengue cases are under-reported, according to the World Health Organization (WHO).

Before 1970, only nine countries had experienced severe dengue epidemic. The disease is now pendemic in more than 100 countries in the WHO regions of Africa, Americas, the Eastern Mediterranean, South-East Asia and the Western Pacific.

The America, South-East Asia and Western Pacific regions are the most seriously affected, with Asia representing – 70 per cent of the global burden of disease.

The largest number of dengue cases ever reported globally was in 2019. All the regions were affected, and dengue transmission was recorded in Afghanistan for the first time.

Bangladesh had a massive dengue outbreak last year when 101,354 people were hospitalised. Of them, 101,037 made full recovery.

In order to protect the city dwellers from dengue, a special clean-up operation to control Aedes mosquito was launched in all 54 wards of Dhaka North City Corporation on June 6.

Meanwhile, the Ministry of Local Government, Rural Development and Co-operatives on May 14 allocated Tk 306.3 (30.63 crore) for the city corporations and the municipalities to fight coronavirus and dengue.