More 53,500 homeless and landless to get new house by June 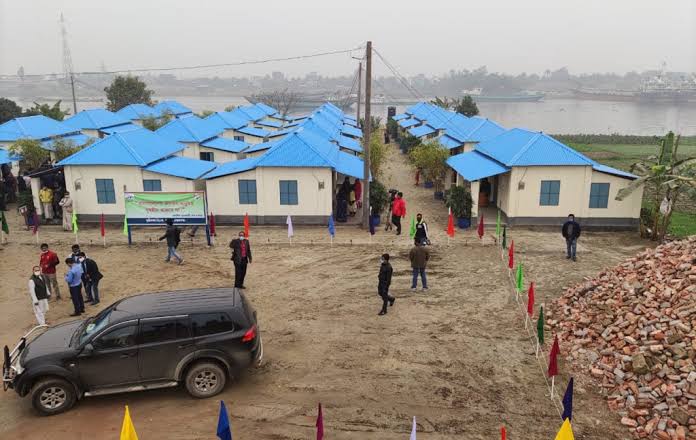 More 53,500 homeless and landless people are going to get new houses by June this year under the Mujib Borsho Ashrayan Project.

The decision came at a review meeting at Prime Minister’s Office (PMO) chaired by Principal Secretary of PMO Ahmad Kaikaus in the capital on Monday.

Kaikaus instructed everyone to be vigilant so that the quality is maintained in the construction work of those houses, said a press release.

“It has to be ensured so that the right people get houses,” he said.

As per the government initiatives, some 66,189 homeless families alongside rehabilitating 3,715 others got houses.

The government has built 66,189 houses at a cost of Taka 1,168 crore for homeless people on the occasion of Mujib Borsho.

Each of the houses was built on two decimals of land having two rooms, one corridor and one latrine alongside connection of electricity and water.

All divisional commissioners and other local administration officials were attended the meeting through videoconferencing.