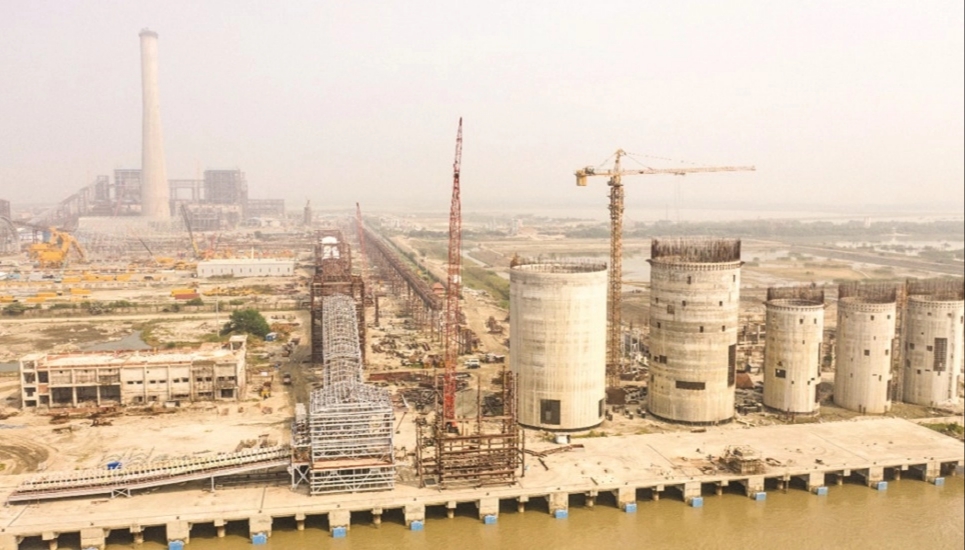 The Rampal Power Plant is like to be commissioned this year on the country’s Independence Day on March 26.

Bangladesh-India Friendship Power Company Ltd (BIFPCL), the implementing agency of the mega power project, is taking all the preparation to launch the commercial operation. A workforce of 5,700 people is working relentlessly to make it happen despite a recent spike in coronavirus cases.

Of the total employees of the power plant project, some 1850 are Indian nationals.

Earlier, the government has targeted to start electricity generation from the plant on December 16, 2021, but the plan has been deferred as Indian experts could not return to work in Bangladesh due to the second wave of coronavirus pandemic.

“We have already completed 90 per cent physical progress of unit-1 of the 1320MW power plant and hopeful to commission the plant commercially on March 26, 2022,” BIFPCL managing director Kazi Absar Uddin Ahmed said.

He said they have already held a series of meetings with the Indian counterparts to commission the plant on March 26.

“But we are concerned over the latest spread of coronavirus in India as well as in Bangladesh and across the globe, a scheduled visit of an Indian expert has been postponed due to the Covid-19 situation. The Indian experts will be testing some important components before the launch of commercial operations,” the top official said.

Though 90 percent of the construction of unit-1 has been completed, different components of the plant including boiler, generators, turbine, transformers etc. will require testing before the start of commercial operations, he pointed out.

“We are hopeful of launching the commercial operation on March 26, 2022, and Prime Minister Sheikh Hasina is expected to open the plant officially,” he said.

The government had signed the Power Purchase Agreement (PPA) and Implementation Agreement (IA) for implementing the power plant in April 2013 under a joint venture with Bangladesh state-owned Bangladesh Power Development Board and Indian state-owned NTPC.

The state-owned PGCB is also implementing the 173 kilometres long 400kv double circuit transmission line for evacuation of the Rampal power.

Energy Expert Prof M Tamim said power evacuation from the power plant over the mighty Padma is a major challenge as Bangladesh Power Development Board (BPDB) has to count huge loss due to the delay in the commissioning of the power transmission line for the Pyara power plant.

He called upon the government to explore local energy resources as early as possible to reduce the production cost of electricity.

Taking about the issue of power evacuation, Power Grid Company of Bangladesh (PGCB) Managing Director Engr Golam Kibria said that the company will feed the Rampal unit-1 electricity to Khulna via Gopalganj district.

“We are hopeful of fishing the evacuation line project over the Padma at the end of this year,” Kibria said.