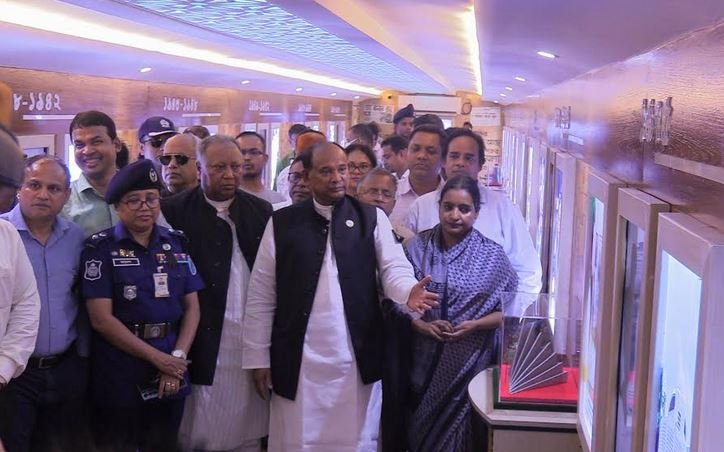 Railway Minister Md. Nurul Islam Sujan said the Ministry of Railways is working to start rail traffic from Dhaka to Bhanga through Padma Bridge by June 2023.

The minister made the announcement while attending the auspicious opening ceremony of Bangabandhu Sheikh Mujib Mobile Rail Museum nationwide exhibition at Gopalganj Railway Station this afternoon.

About Bangabandhu Sheikh Mujib Mobile Rail Museum nationwide exhibition, he said, "It is our attempt to inform the future generations about Bangabandhu."

The exhibition will remain at Gopalganj Railway Station till August 5 and it will move to another place and will be shown around the western region.

Sujan said the Ministry of Railways is working to start rail traffic from Dhaka to Bhanga via Padma Bridge by June 2023.

He mentioned that 172-km new railway line is being constructed from Dhaka to Jashore along with Padma Bridge.

The railway minister said that the construction of 102-km railway line from Dohazari in Chittagong to Cox's Bazar is going on.

Meanwhile, the minister along with the political leaders witnessed the colorful political life of the Father of the Nation and various movement and struggles with his family members through important photographs and video documentation in the museum.