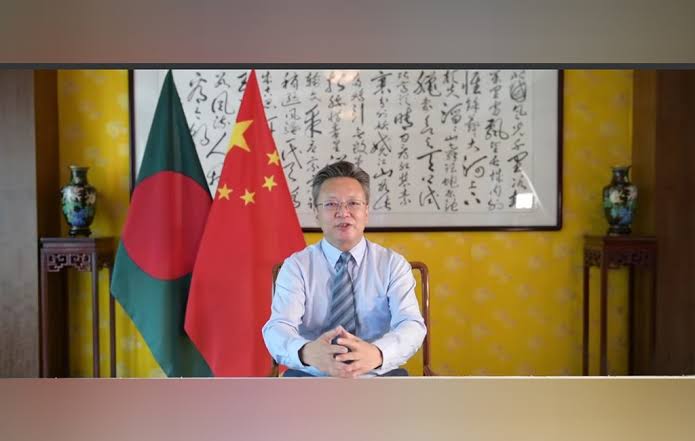 Ambassador of China to Bangladesh Li Jiming has highly appreciated Bangladesh’s longstanding commitment to the one-China principle and resolute opposition to “Taiwan Independence”.

In a statement issued in Dhaka on Thursday, the Ambassador said on August 2nd, in disregard of China’s strong opposition and serious representations, Speaker of the U.S. House of Representatives Nancy Pelosi visited China’s Taiwan region.

“This is a serious violation of the one-China principle and the provisions of the three China-U.S. joint communiqués. It infringes upon China’s sovereignty and territorial integrity, sends a wrong signal to the separatist forces for “Taiwan independence”, and has a severe impact on the political foundation of China-U.S. relations,” he said

He also said China firmly opposes and sternly condemns this.

“There is but one China in the world, Taiwan is an inalienable part of China’s territory, and the Government of the People’s Republic of China is the sole legal government representing the whole of China. “

“The one-China principle is a universal consensus of the international community and a basic norm in international relations. Speaker Nancy Pelosi’s visit to China’s Taiwan Region not only gravely undermines peace and stability across the Taiwan Strait, but also creates tension and conflicts in the region, bringing more uncertainties to the already troubled world,” reads the statement.

The two countries have always understood and supported each other on issues of core interests concerning respective sovereignty, security and territorial integrity, he said.

“We believe that the government and people of Bangladesh will continue to abide by the one-China principle, understand and support China’s legitimate and justified position on Taiwan question, and work together with China to defend regional peace, stability and prosperity,” said the Chinese envoy.