Japan to provide BDT 6.9million to JUAAB for improving the facilities 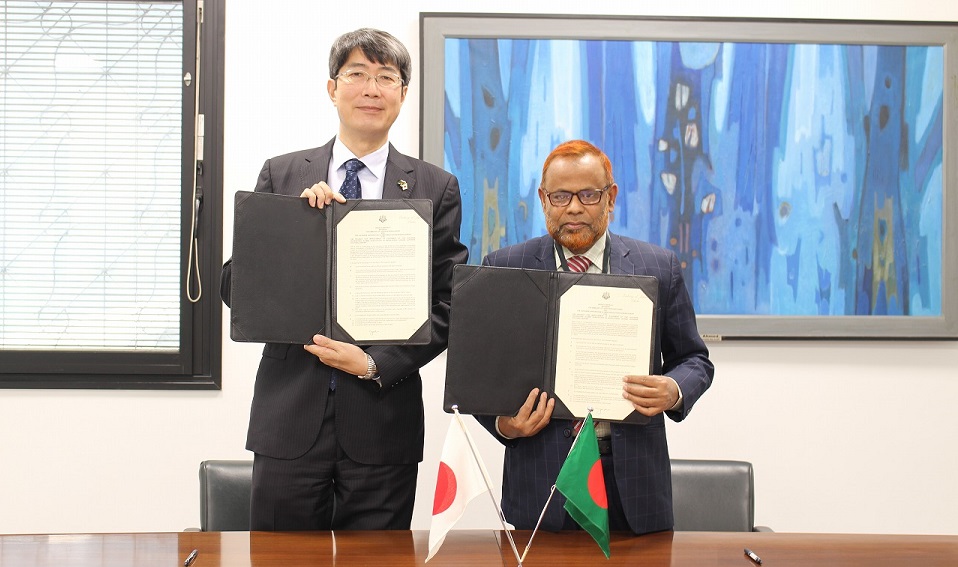 The Embassy of Japan has decided to extend grant assistance worth US$ 66,216, equivalent to BDT 6.9 million, to the Japanese Universities Alumni Association in Bangladesh (JUAAB) for improving the facilities of Japanese Cultural Center at the Embassy on Monday (Jan 23).

Ambassador of Japan to Bangladesh Iwama Kiminori signed the “Grant Contract” for the ‘Grant Assistance for Cultural Grassroots Projects (GCGP)’ project at his office in presence of Prof MAM Yahia Khandoker, President of JUAAB. Senior executive members of JUAAB also graced the occasion.

Japanese Universities Alumni Association in Bangladesh (JUAAB) is the association of the people who obtained their Bachelor, Master or PhD degrees from Japanese universities.

JUAAB was established in 2000, on the historical occasion of the 30th anniversary of Japan’s diplomatic recognition of the People’s Republic of Bangladesh.

The association has been fostering friendship between the people of Bangladesh and Japan by facilitating academic exchanges, socio-cultural understanding and promoting mutual appreciation of our two nation’s heritage.

JUAAB is operating a Japanese Language School since 2001 and has been a premier Japanese language school in the country.

The organisation also has an Ikebana School in operation. Since 2002, JUAAB is organising Japanese Language Proficiency Test (JLPT) in cooperation with Japan Foundation and Embassy of Japan in Bangladesh.

Moreover, JUAAB has been organizing Japanese Language Speech Contest every year since 2008, under the financial support from The Japan Foundation. Association presently has more than 700 members.

Embassy of Japan in Bangladesh hopes to further promote Japanese language and culture in Bangladesh through this grass-root project.