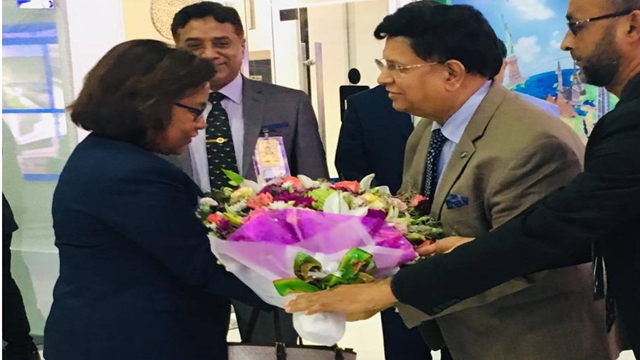 Marshall Island President Dr Hilda Heine arrived here on Tuesday on a two-day visit to attend the “Dhaka Meeting of the Global Commission on Adaptation”.

Prime Minister Sheikh Hasina is scheduled to inaugurate the key part of the two-day meeting on Wednesday morning at InterContinental Dhaka.

Ban Ki-moon, the current chair of Global Commission on Adaptation (GCA), will address a session titled “Way forward and next step towards climate change adaptation”.

Foreign Minister Dr Momen will host a dinner in honour of the dignitaries at InterContinental Dhaka in the evening.

Dr Hilda and Ban Ki-moon will leave Dhaka in the early hours of Thursday.

The foreign minister will see them off at the airport.