Govt to procure Aman paddy from farmers at Tk 26 per kg: Minister 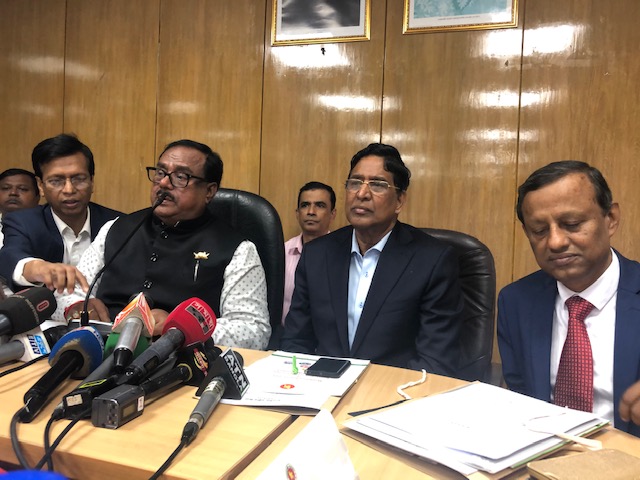 Food Minister Sadhan Chandra Majumder on Thursday said the government will procure some 6 lakh mts of Aman paddy directly from farmers at Tk 26 per kg from November 20 to February 28 next.

The minister came up with the announcement while talking to reporters after a meeting of Food Planning and Monitoring Committee at the secretariat.

A total of 3.50 lakh mts of boiled rice will be procured through mill owners at TK 36 per kg, Sadhan Chandra said adding that the government will also procure 50,000 mts of non-boiled (Atap) rice through the mill owners from December 1 to February 28.

The minister said local administrations will send lists of farmers by November 10 and the rice will be procured from them directly as per the lists.

Food-Friendly Progrmme of the government has been extended to seven months from five months marking the Mujib Year, he said adding village police will get rice at Tk 10 per kg under the programme.

Fishermen will also be given rice at Tk 10 per kg and a proposal in this regard has been sent to the Finance Ministry, the minister added.

Agriculture Minister Dr Abdur Razzaque along with the secretaries concerned were present at the meeting.