Myanmar not out of ICC, ICJ jurisdiction: Shahriar Alam 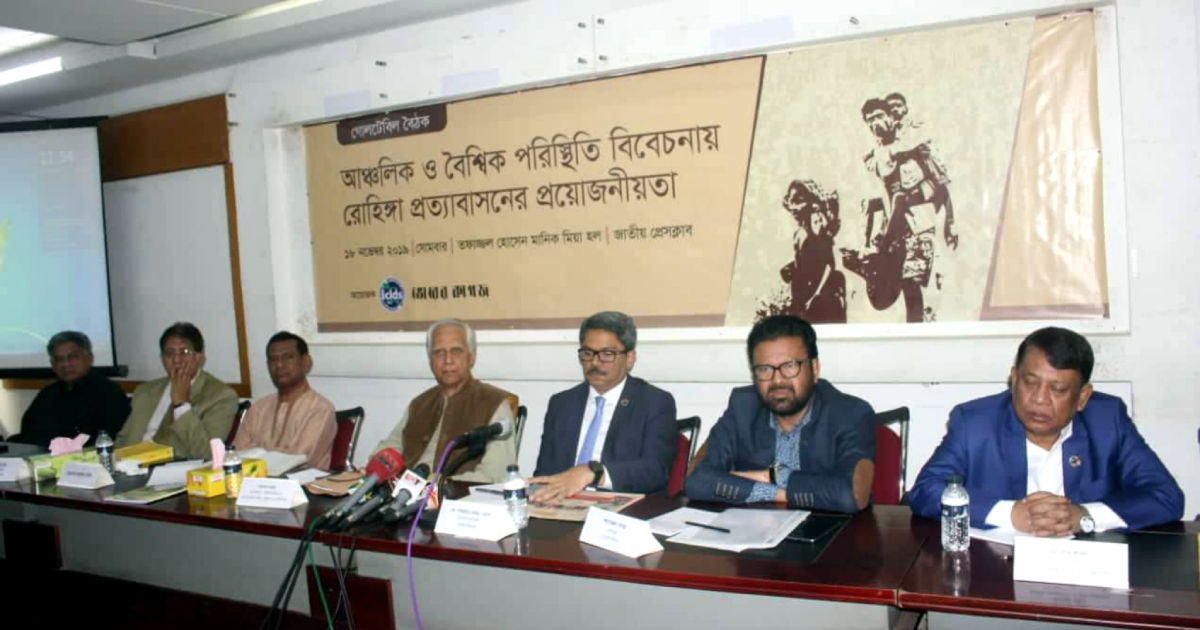 State Minister for Foreign Affairs M Shahriar Alam on Monday said the Myanmar government is not out of the jurisdiction of International Court of Justice (ICJ) and International Criminal Court (ICC).

More than 7,00,000 mainly-Muslim Rohingyas were forced to flee to Bangladesh after Myanmar launched a brutal offensive targeting the ethnic minority in late August 2017. Nay Pyi Taw has been accused of carrying out human rights abuse during what it described as counterinsurgency operations.

Gambia, on behalf of the Organization of Islamic Cooperation, filed a case at the ICJ accusing Myanmar of genocide in its treatment of the Rohingyas.

Myanmar, which does not recognise the Rohingyas as citizens, insists that the Netherlands-based court has no jurisdiction over its actions.

"The international community is building pressure on Myanmar ... I want to assure you that Myanmar is not out of the jurisdiction of ICC and ICJ," State Minister Alam said.

He was speaking as the chief guest at a roundtable conference on Rohingya repatriation jointly arranged by the Institute of Conflict, Law & Development Studies (ICLDS) and ‘Bhorer Kagoj’ at the Jatiya Press Club.

Government officials, ex-diplomats and media figures discussed different aspects of Rohingya influx in Cox's Bazar and the solutions to the crisis.

Alam spoke about the initial period of the crisis. "After the end of the first year of influx, we kept wondering if we’d be able to keep the Rohingya issue alive at international level ... Many states have a conflicting stance about the Rohingyas," he said.

He noted the struggle of locals of Ukhiya and surrounding upazilas of Cox's Bazar.

"Upazilas accommodating Rohingyas are receiving much better facilities than other areas of the district if you put it on average," he said.

The state minister said the law enforcement agencies will be working at their fullest capacity to maintain law and order.

"The efficiency and speed of law enforcement agencies working in Cox's Bazar have been increased rapidly over the past five or six months. It’ll be increased further," he said.

He noted that international leaders being vocal about the Rohingya issue is a significant advancement.

"You wouldn’t expect Indian Prime Minister Narendra Modi or Japanese Prime Minister Shinzo Abe to strongly condemn Myanmar government for its misdeeds in public but that’s what happened within the past few weeks," he said.

He hoped that people of the country will support the foreign policy of Prime Minister Sheikh Hasina in dealing with such a sensitive issue like Rohingya Crisis.