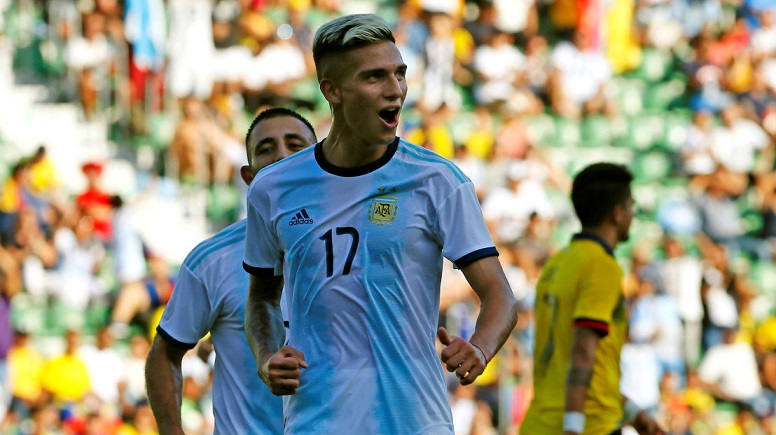 Argentina produced one of their best performances in recent times on Sunday with six different scorers getting their name on the scoresheet in a comprehensive 6-1 friendly win over Ecuador in Spain.

Argentina, who were without the suspended Lionel Messi, had Marcos Acuna in top form on the left flank and were particularly dominant in the first half.

Lucas Alario put them 1-0 ahead in 20 minutes with a powerful header from an Acuna corner, then seven minutes later Jhon Espinoza deflected a cross from Acuna past his own goalkeeper.
Leandro Paredes made it 3-0 from the penalty spot after Lautaro Martinez was brought down in front of goal.

Substitute Angel Mena cut the deficit for Ecuador three minutes into the second half with a spectacular free kick but any hope of pulling back their rivals was short lived.

German Pezzella made it 4-1 with a header in 66 minutes, Nicolas Dominguez added a fifth a quarter of an hour later and then Lucas Ocampos finished off the scoring four minutes from time.

The result capped a positive few days for Argentina, who fought back from 2-0 down to secure a 2-2 draw with Germany last week.

The South Americans are now unbeaten in five games since losing the Copa America semifinal to Brazil in July.