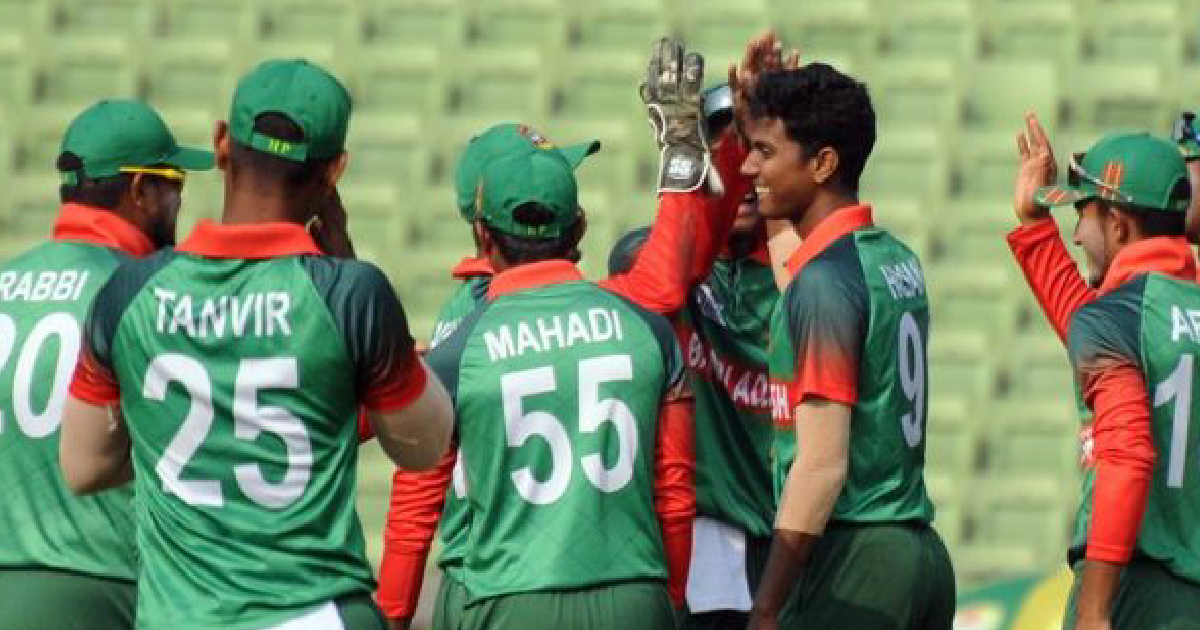 Bangladesh reached final in the of the eight-nation ACC Emerging Teams Asia Cup Under-23 Cricket Championship eliminating Afghanistan by 7 wickets in their 2nd semifinal at the Sher-e-Bangla National Cricket Stadium in Mirpur on Thursday.

Earlier, Pakistan confirmed their spot in final eliminating arch-rival India by 3 runs in a nerve shattering first semifinal in Mirpur on Wednesday.

In the Thursday’s match, Bangladesh sent Afghanistan to bat first after winning the toss and restricted them in 228 for 9 in 50 overs.

In reply, hosts Bangladesh easily reached their target scoring 229 for the loss of 3 wickets in 39.5 overs  riding on a 107 runs partnership in the 2nd wicket-stand between Soumya Sarkar and Captain Najmul Hossain Shanto.

Soumya hit 61 runs off 59 featuring 3 fours and 3 sixes and Shanto scored 59 off 68 hitting 5 fours and one six while Afif Hossain and Yasir Ali were unbeaten at 45 and 38 runs respectively.

Bangladesh made a flying start in the continental meet outplaying Hong Kong by 9 wickets and ensured the semifinal berth upsetting India by 6 wickets in the second match.

They maintained an impressive all-win record beating Nepal by 8 wickets in their third and last group match.