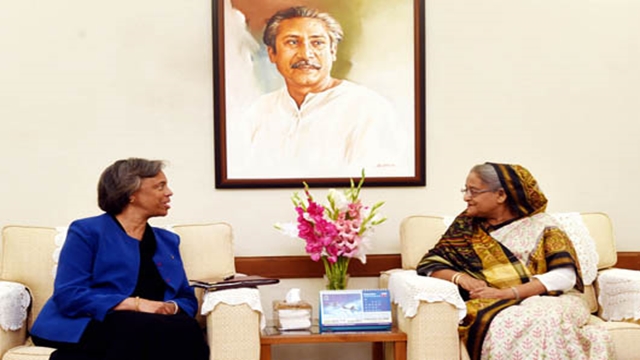 During the meeting, the Prime Minister highlighted the steps taken by her
government and party for making the electoral process free, fair and neutral,
saying the next general election would be held in the same manner.

“We’ve accepted defeat in many elections even in a very minor margin, but
didn’t try to win through manipulation in any election,” Sheikh Hasina said.

The Prime Minister said her party is ready to welcome any election observer
during the upcoming general election.

Showing her country’s interest to invest in energy sector of Bangladesh,
the US envoy said her country is keen to export LNG to Bangladesh.

Sheikh Hasina welcomed the interest of the USA in energy sector, saying her
government is encouraging private sector in economic activities and
development aimed at creating job opportunity for the country’s people.

Bernicat informed the Prime Minister that the USA, as the president of next
UN Security Council, would play strong role for repatriation of displaced
Rohingyas from Bangladesh.

The Press Secretary said bilateral trade between the two countries was also
discussed during the meeting.

The US envoy informed the Prime Minister that Bangladesh’s export to the
USA increased by 61 percent last year.