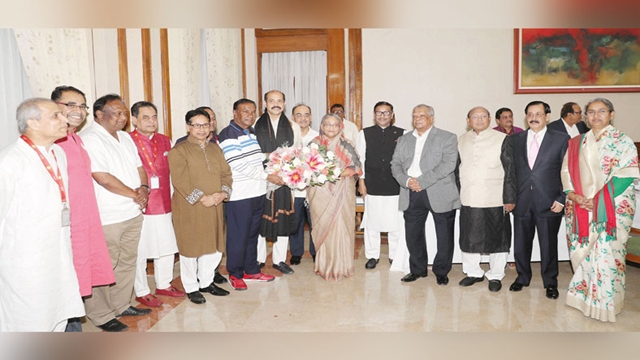 The mayor-elect greeted the prime minister by presenting her with a bouquet of flowers.

The prime minister congratulated Atiqul on being elected as the DNCC mayor and wished him success in performing his responsibilities.

Awami League candidate Atiqul was unofficially elected mayor to the DNCC by-polls in the early hours of Friday.

He secured 839,302 votes with “Boat” symbol while his nearest contestant Shafin Ahmed of Jatiya Party bagged 52,429 votes with “Plough” symbol.