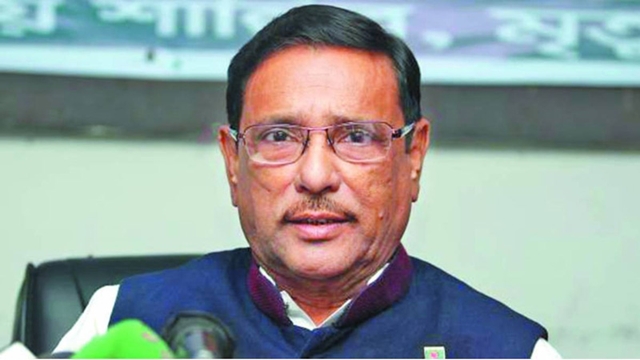 “Quader’s health condition remained stable and as yet, he is not out of
danger,” Prof Syed Ali Ahsan, chairman of the cardiology department of the
hospital, told newsmen this morning.

Quader, also Awami League (AL) general secretary, has been kept on life
support and put under doctors’ close observation, he said, adding “his
treatment will continue in the country for the time being”.

Obaidul Quader was admitted to the BSMMU Hospital as he had breathing
problem after Fajr prayers yesterday.

He was diagnosed with three blockages in his coronary artery while one
block had already been removed yesterday morning, according to the BSMMU
physicians. A medical team was also formed.

The minister was first taken to BSMMU Intensive Care Unit (ICU) at 8.30 am
on Sunday and then shifted to the Coronary Care Unit (CCU) of the hospital.