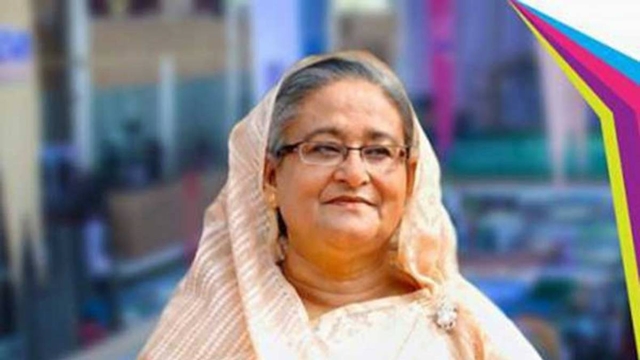 Terming the Rohingya population in Bangladesh as a big burden, Prime Minister Sheikh Hasina has reiterated that Dhaka wants to resolve the protracted Rohingya crisis through discussions.

“Giving shelter to such a huge number of Rohingyas (over 1.1 million) is a big burden for us… we want to resolve the issue through discussions,” PM’s Press Secretary Ihsanul Karim quoted the premier as saying after her (PM) meeting with Lord Ahmad of Wimbledon in London on Monday evening (London time).

Lord Ahmad currently serves as the UK Minister of State for the Commonwealth and the United Nations.

The press secretary said over phone from London that Lord Ahmad assured all possible support on the Rohingya issue and said that the new British prime minister is aware of it.

While discussing the issue of combating terrorism, both the prime minister and Lord Ahmad said that Islam is a religion of peace and does not support terrorism.

In this connection, Sheikh Hasina said her government has created mass awareness about fighting terrorism involving the cross section of people.

The prime minister also talked about existing communal harmony in Bangladesh saying that people of all faiths are performing their respective religion freely.

Sheikh Hasina informed Lord Ahmad that the government is establishing Islamic research centres across the country to uphold the true spirit of Islam.

In this context, the premier said only education can ensure women empowerment.

Describing various initiatives of the government for ensuring women empowerment, Hasina said the government recruits 60 per cent of teachers at primary level from women.

Expressing satisfaction over the existing wonderful relations between Bangladesh and the UK, they hoped that the ties will be strengthened further in the days to come

Lord Ahmad was accompanied by his spouse Siddiqa Ahmad, while PM’s Principal Secretary Md Nojibur Rahman and Bangladesh High Commissioner to the UK Saida Muna Tasneem were present at the meeting.