Dhaka Test: Zimbabwe bowled out for 265 by Bangladesh 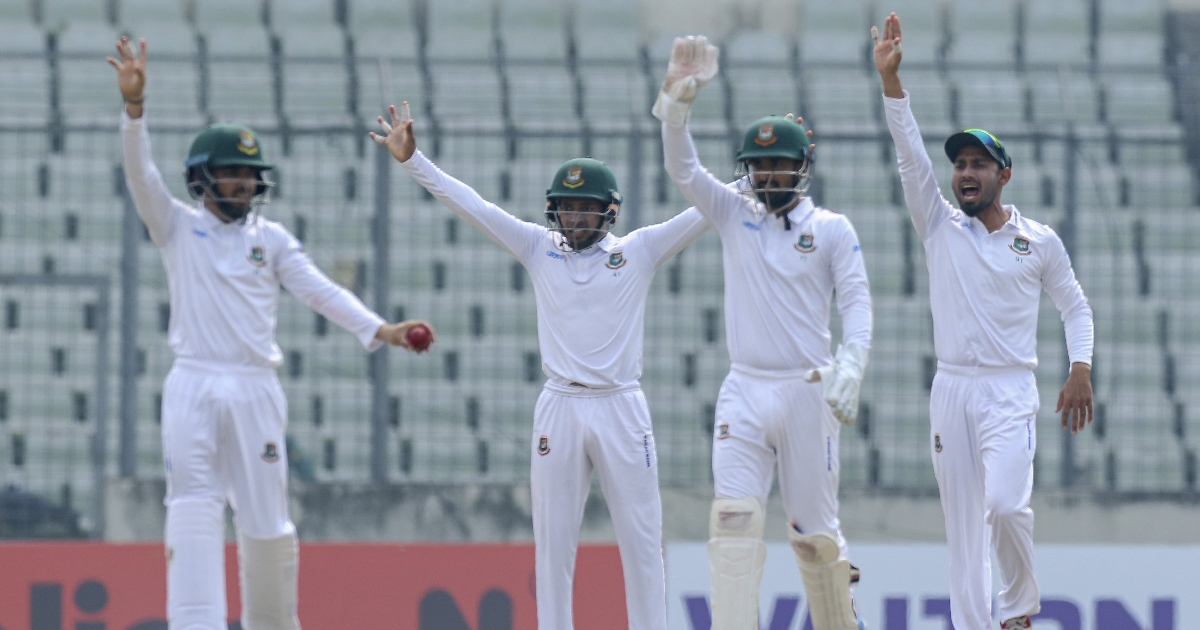 Nayeem Hassan and Abu Jayed Rahi grabbed four wickets each, helping to bowl out Zimbabwe for 265 in 106.3 overs in the first innings of the Dhaka Test at Sher-e-Bangla National Cricket Stadium.

Zimbabwe started the day with an overnight score of 228 for six, and they lost their seventh wicket in the seventh over of the day when Donald Tiripano (8 off 31) failed to play a swinging delivery of Abu Jayed. Tiripano only managed a thick edge that was easily taken by wicketkeeper Liton Das.

Abu Jayed struck again to remove Ainsley Ndlovu for a duck. It was fuller delivery to the stumps. Ainsley missed it completely while flicking to the legside and with this Jayed’s wickets tally reached four in this game.

In the last wicket stand, Zimbabwe added 20 runs which helped them pass the 250-run mark.

Ebadat Hossain bowled 17 overs and conceded 26 runs in an economy rate of 1.52 but failed to grab any wicket.