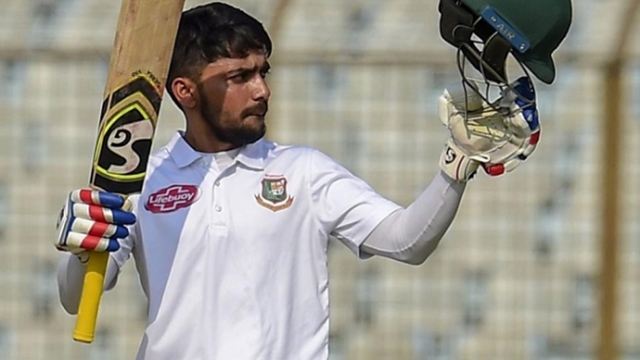 Skipper Mominul Haque struck his ninth Test hundred as Bangladesh wiped off the deficit and took lead against Zimbabwe in the one-off Test series at Sher-e Bangla National Stadium in Mirpur on Monday.

Mominul, who was on 79 overnight, hit pacer Donald Tiripano a boundary at mid-off to complete his hundred off 157 balls as Bangladesh reached 300-3 in their first innings when the report was filed.

Mominul was batting on 103 runs while Mushfiqur Rahim, who also completed his 22nd Test fifty, was batting on 56 not out as they put a 128-run stand for the fourth wicket.

With the innings, Mominul joined team-mate Tamim Iqbal to score most Test century for Bangladesh.

Earlier, Zimbabwe made 265 runs in their first innings with their skipper Craig Ervine made the highest 107 runs.