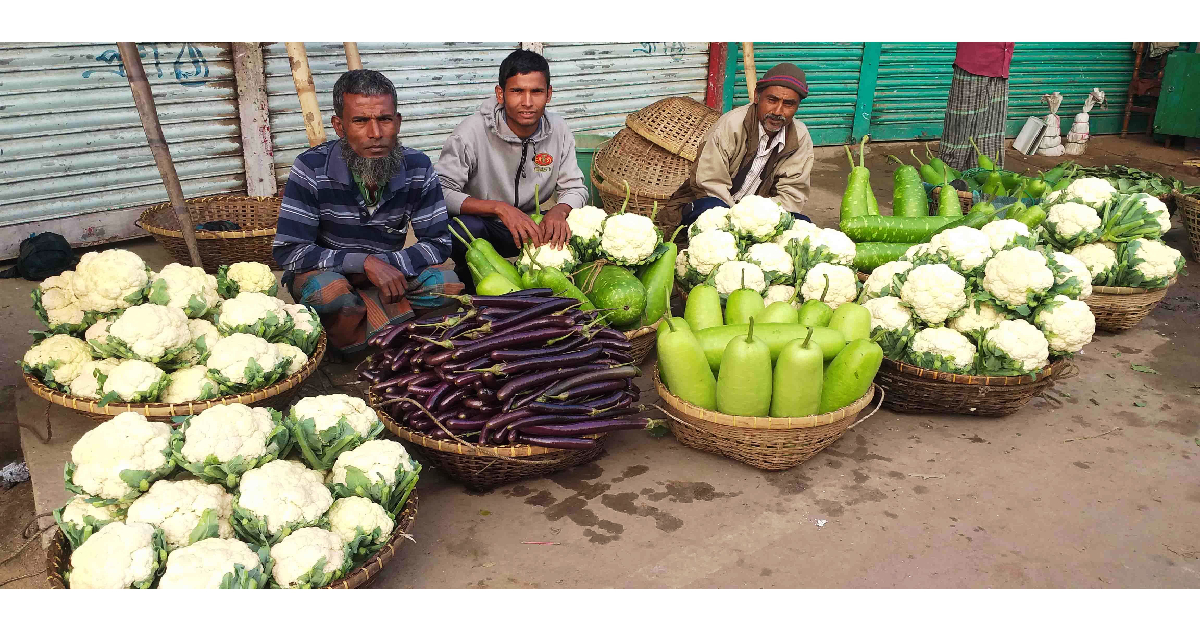 The bumper production of winter vegetables brought back smiles on farmers’ faces in the bordering Gowainghat upazila of Sylhet.

Local vegetable markets have now been turned into bustling places as growers and wholesalers are busy trading newly harvested vegetables. The price is good too, they said.

In the Jaflong vegetable market, farmers were waiting in long queues with baskets filled with freshly harvested vegetables while wholesalers were busy in bargaining with the farmers. Once the purchase was complete the traders took the vegetables to their warehouses.

Traders said they are meeting the local demand and then storing vegetables at different warehouses in the district. From there, the vegetables are being supplied to other parts of the country.

In some cases, those are being exported to the Middle-East, European countries and America, some of them said. The claim could not be verified independently.

Tajul Islam, a farmer of Dakshin Pratappur area of the upazila, said farmers in the upazila had better vegetable yield due to favourable weather condition. Jamal and Farman, two other vegetable growers, agreed. They said they are getting fair price for their produces this season.

Describing Gowainghat as an abundant reservoir for vegetables, trader Jaynal Mia said some vegetables are being produced here throughout the year. “The demand of vegetables produced in Gowainghat is high in Sylhet markets because of their superior quality,” he said.

Nurul Islam, the assistant agriculture extension officer of Gowainghat, said although 1,547 hectares of land was designated for Robi crop farming, the cultivation exceeded the target.

“Farmers are being financially benefited by the bumper yield of winter vegetables,” he said.