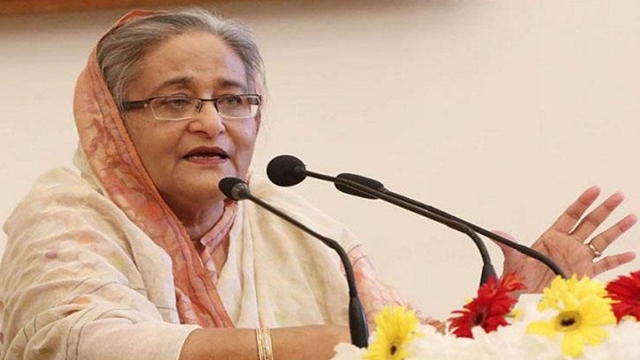 Bangladesh will seek expeditious global efforts to repatriate Rohingyas to their place of origin in Rakhine State as Rohingya issue will come up during the 74th session of the UN General Assembly.

Briefing the media on Wednesday afternoon about Prime Minister Sheikh Hasina's participation at the UNGA and high-level meetings on various issues, Foreign Minister Dr. AK Abdul Momen said the Prime Minister's proposals made at the UNGA are still relevant to find a solution to the Rohingya crisis.

The Prime Minister might place new proposals to find the solution to Rohingya crisis, he said.

According to the schedule, the Prime Minister will leave Dhaka for New York on Friday afternoon.

She will arrive at John F Kennedy International Airport at 4:25 pm (local time). Mohammad Ziauddin, the Bangladesh Ambassador to the USA, and Masud Bin Momen, Ambassador and Permanent Representative of Bangladesh to the UN, will welcome her.

On Monday, Sheikh Hasina will Co-chair the Multi-stakeholder Panel to be held in parallel to the High-level meeting on Universal Health Coverage at ECOSOC Chamber. Spanish Prime Minister Pedro Sanchez will also attend as Co-chair.

The theme of the panel is UHC as a driver of equity, inclusive development, and prosperity for all.

She might deliver national statement at the plenary session of the high-level meeting on Universal Health Coverage at the Trusteeship Council, deliver a statement at the Climate Action Summit on the theme ‘Climate Action Summit 2019: A Race We Can Win: A Race We Must Win' at General Assembly Hall and attend Recognising Political Leadership for Immunisation in Bangladesh organised by GAVI at Conference Room 1 in the UNHQ.

On September 24, the Prime Minister will hold a bilateral meeting with her Indian counterpart Narendra Modi at the Kennedy Room, Lotte New York Palace Hotel.